Sultan of Oman dies at 79 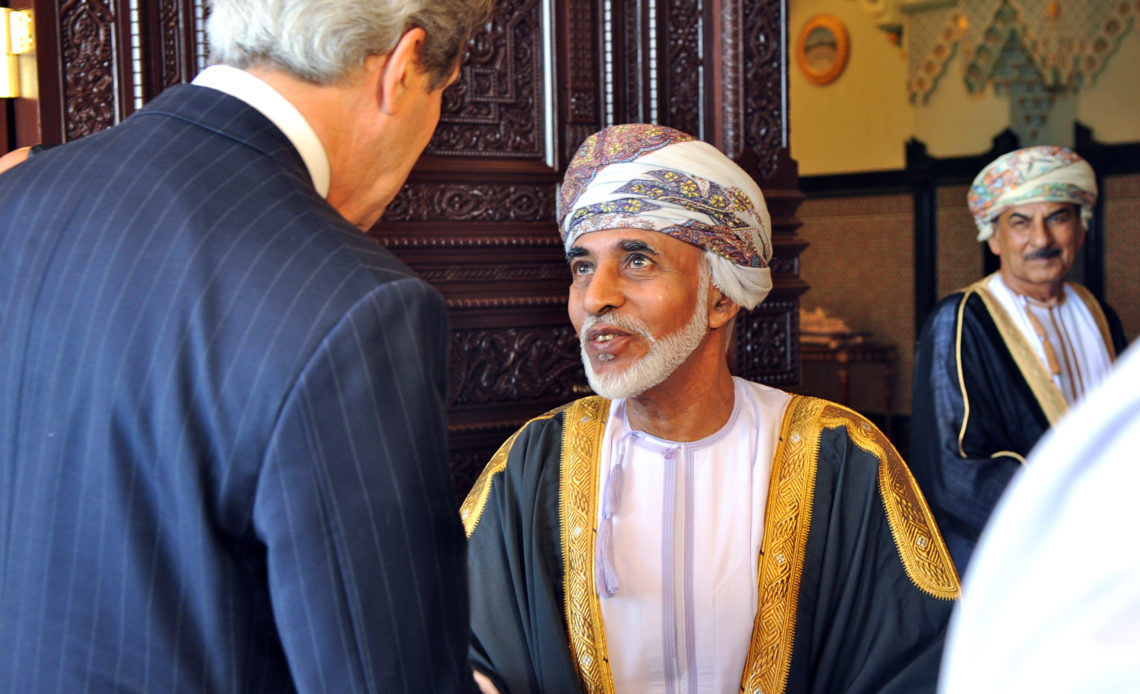 The late Sultan - by U.S. Department of State -Public Domain

According to state media, the Sultan of Oman, Qaboos bin Said Al Said, has died at the age of 79 after almost five decades on the throne.

The Sultan, the longest-serving ruler in the Middle East, died Friday evening. A three day period of national mourning has been declared for both the public and private sectors.

He had recently travelled to Belgium for medical treatment but returned to Oman where rumours mounted that he returned home to die in his home country. Reports circulated that he had cancer.

Just a week ago, Oman’s Royal Court announced that the Sultan was in “stable” condition.

He was born on 18 November 1940 in Salalah as the only child of Sultan Said bin Taimur and Sheikh Mazoon al-Mashani.

He was educated in India and at the Royal Military Academy at Sandhurst.

The Sultan came to the throne on 23 July 1970 after a successful and peaceful coup against his father.

Throughout his reign, he was seen as an intermediary between the West and Iran, helping to facilitate the secret talks that led to the 2013 nuclear deal.

He abolished slavery in his first year as monarch, and the country developed economically under his reign using the nation’s oil wealth to improve Oman into a country with high living standards and a vibrant tourism industry. However, he was an absolute monarch and dissenting voices were silenced and freedom of the press was not practised.

His Majesty had no children and had not publicly appointed a successor.

The roughly 50 male member Royal Family Council now has three days to choose a successor to the throne. If one is not chosen, the name written in a sealed envelope by the late Sultan will be selected. This person His Majesty secretly chose would be put into power by a council of military and security officials, heads of two assemblies and supreme court chiefs.