A look back on King Tupou VI’s coronation 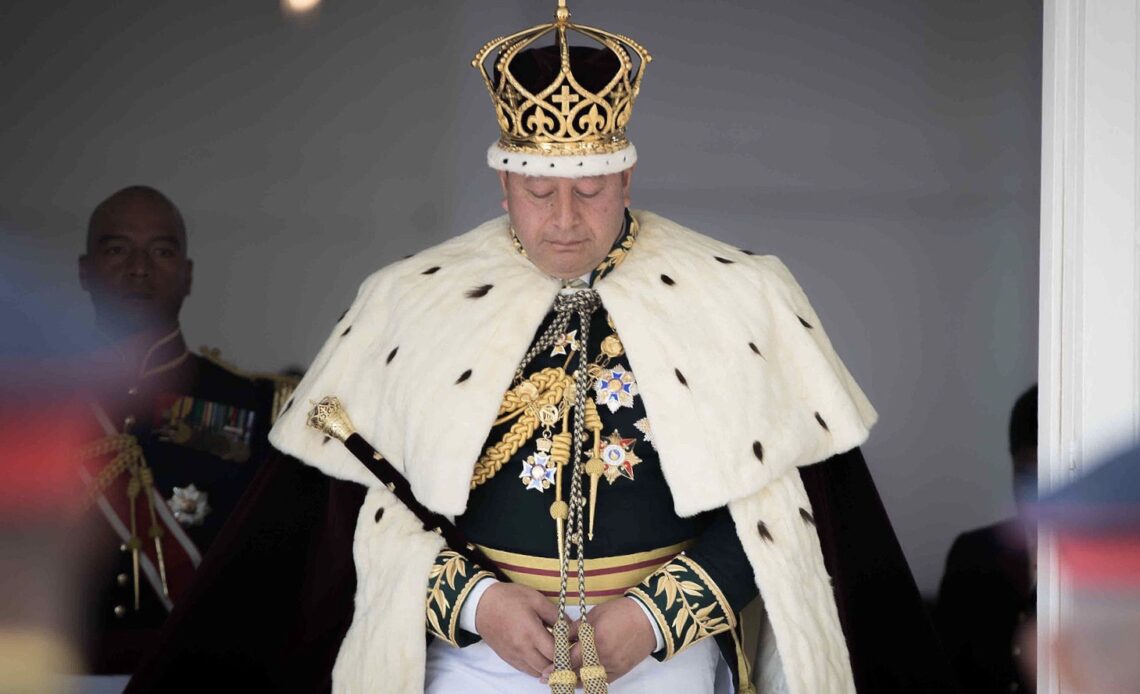 Tupou VI came to the throne upon the death of his older brother, George Tupou, on 18 March 2012. However, his coronation was not held until 2015.

Celebrations began a week before the actual coronation and lasted for eleven days. The first day of celebrations took place on 27 June 2015, with the King confirming his title by drinking “taumafa kava,” which is considered a mildly narcotic drink. This is a historic rite in Tonga that saw 150 nobles sit in a circle and drink the tonic from coconut shells while dressed in the traditional ta’ovala mats.

The then-55-year-old King and his wife, Queen Nanasipau’u, were crowned in a coronation ceremony on the morning of Saturday, 4 July 2015, in the Centenary Church in the Tongan capital of Nukuʻalofa. Reverend D’Arcy Wood conducted the service and was assisted by Reverend ‘Ahio and Reverend Tevita Havea. Wood was a retired Tongan-born minister from the Uniting Church in Australia; ‘Ahio and Havea were the President and Secretary General of the Free Wesleyan Church of Tonga.

The ceremony included the King being anointed with holy oil and given a ring and sceptre. Reverend Wood placed the crown on His Majesty’s head; although Wood was born in Tonga, he was an Australian national and was the only minister allowed to place the crown on the King’s head. In Tonga, Tongan citizens are not allowed to touch His Majesty’s head, meaning Reverent ‘Ahio and Reverent Havea could not perform the action.

The newly crowned King and Queen then greeted their subjects through a drive through the city before a luncheon at the Royal Palace. The day concluded with a military parade, firework show and people lighting fires on the waterfront.