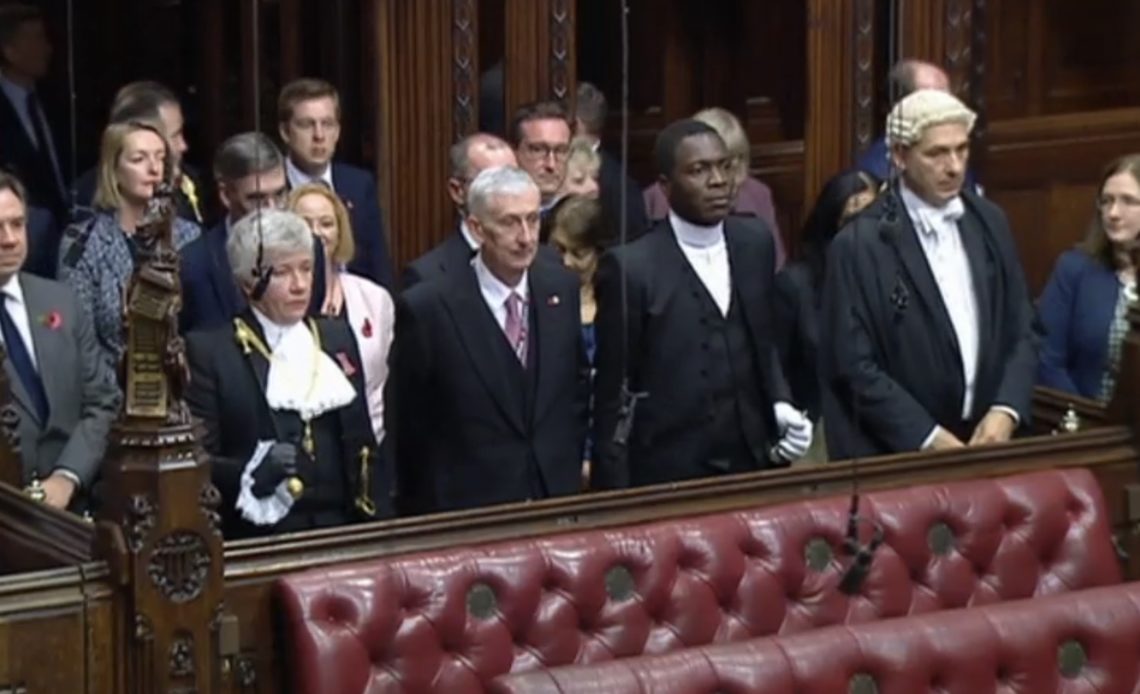 The Queen has approved the appointment of Sir Lindsay Hoyle as the 158th Speaker of the House of Commons following the retirement of John Bercow last week.

Sir Lindsay was elected to the role on Monday evening after a series of votes by MPs, with Speaker Hoyle receiving 325 votes in the third ballot.

Sir Lindsay was officially appointed to the position of Speaker on Monday evening during a ceremony in the House of Lords where he received the monarch’s approval.

Following the election, Black Rod arrived in the House of Commons and summoned Sir Lindsay to the Lords for the ceremony known as Royal Approbation.

The Queen did not personally attend the Approbation, and instead the Lords Commissioners delivered the news of her approval to MPs.

Sir Lindsay Hoyle had been a Deputy Speaker of the House of Commons for nine years. He was also the Chairman of the Ways and Means which meant he was the most senior Deputy to Mr Bercow.