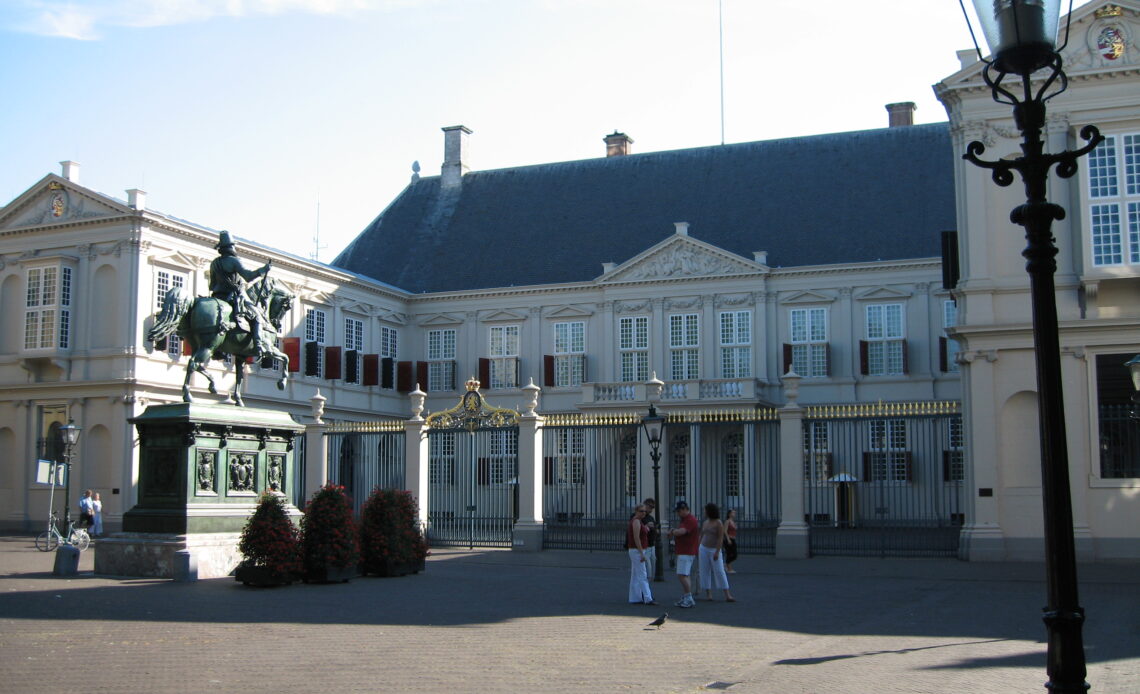 By Patrick Rasenberg - Transferred from en.wikipedia to Commons. "This image was made by me, Patrick Rasenberg, and is released for all usage anywhere in the world.", Public Domain, Wikimedia Commons

Summer visits to royal palaces are possible again, with a Dutch palace opening its doors.

According to the Dutch Royal Family’s official Twitter, tickets are available to visit Noordeinde Palace on 23 July, 30 July, 6 August, and 13 August. Visitors will be able to book tickets for both the working palace and the stables.

Tickets are available through the official website here, along with booking and visitor information.

Located in The Hague, Noordeinde Palace has been the monarch’s official workplace since 1984 after extensive restorations were completed. King Willem-Alexander has used the palace as his workplace since he took the throne in 2013.

Noordeinde Palace’s origins date back to the sixteenth century when records first note a farmhouse on the site. In 1533, the farmhouse was converted into a manor house for the steward of the States of Holland. The remnants of the farmhouse are visible in the cellars under the palace.

By the end of the sixteenth century, it had been purchased for the widow of William of Orange – the leader of the Dutch Revolt against the Spanish Hapsburgs that controlled the Netherlands and then passed to his son.

When the Dutch Royal Family was forced to flee during the Napoleonic Wars, the government took control of the palace, which is still owned by the state today.