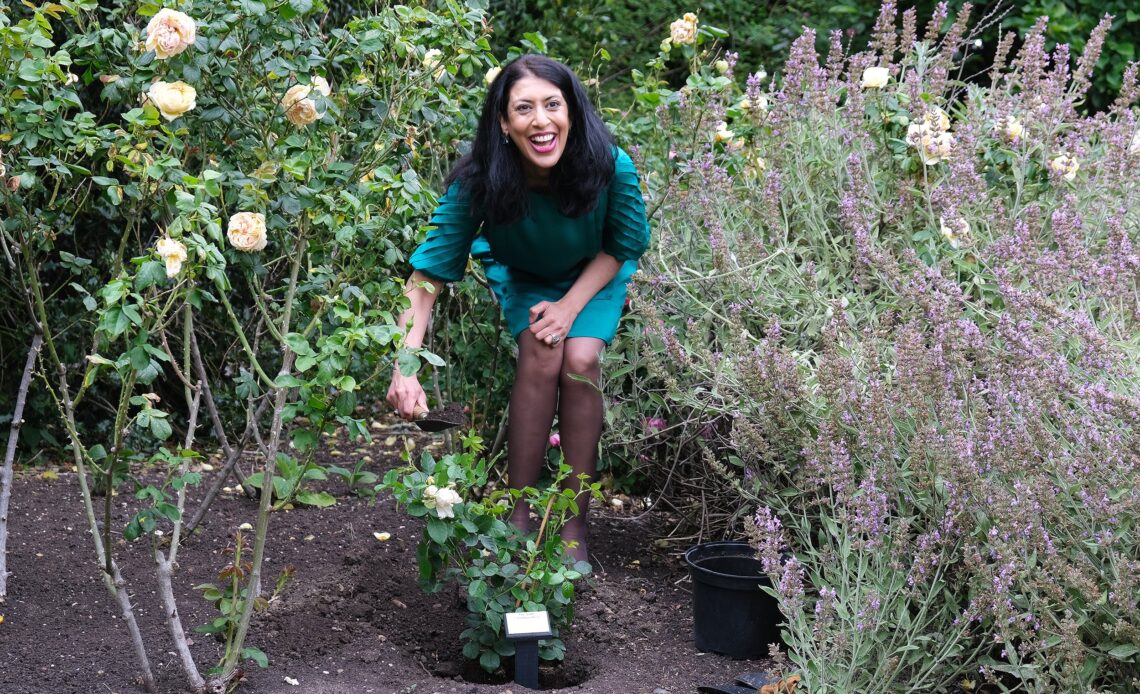 A new and historic rose has been planted in the Buckingham Palace Gardens in honour of one of Britain’s first black gardeners.

The rose, bred as a mark of community and friendship, is named the John Ystumllyn rose after a celebrated horticulturalist who lived in the eighteenth century.

In a statement, The Queen said she hopes garden visitors will have a chance to reflect on what the rose represents for many years to come. It’s believed this is the first rose in the country to be named after someone from an ethnic minority background. It was launched by We Too Built Britain – an organisation that works to tell the stories of under-represented people in Britain.

In addition to the rose on palace grounds, a further 5,000 roses were bred in Hertfordshire by Harkness Roses. Those flowers will go on to be donated to community gardens across the country. Twenty of those roses were planted around Criccieth Library in north Wales where Ystumllyn lived.

The plaque in front of the palace rose reads: “The first well-recorded Black person in North Wales. This rose symbolises friendship, community, and tolerance. The rose has inspired a community gardening scheme to support community connections and mental health.”

It is said Ystumllyn arrived in North Wales from West Africa at the age of eight in 1746. An account published long after his death by the Dictionary of Welsh Biography claims he was kidnapped in Africa and baptised once he arrived in Wales. He later married a local woman, Margaret Gruffydd, who was a maid on the estate. Historians believe theirs was the first documented interracial marriage in Wales.

The yellow flower is expected to bloom within the coming weeks and was set next to the Graham Thomas rose which was named after the famous horticulturist who died in 2003.