Birthplace of a King: Pembroke Castle 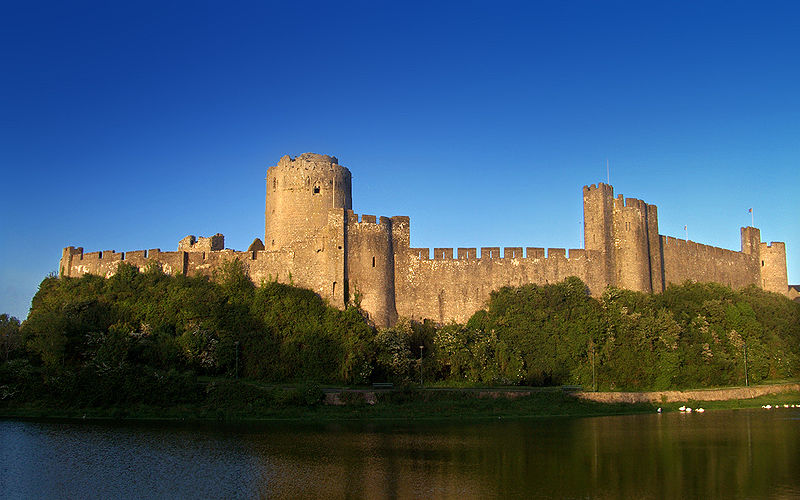 Towering above the Pembroke River in Wales sits a medieval fortress where one of history’s most game-changing kings was born. As we mark the 563rd anniversary of Henry VII’s birth on 28 January, let’s take a look at his birthplace.

Situated in the Welsh town of the same name, Pembroke Castle’s fascinating history began around 1093 when Arnulf de Montgomery built a fairly basic Norman fort of earth and timber.

In 1189, William Marshal became Earl of Pembroke, and the castle passed into his hands, with the property serving as the seat of the Earls of Pembroke (today the castle is no longer attached to the title, with the seat being Wilton House). The earl transformed the structure into a powerful stone castle, which came in handy much later during the tumultuous reign of King Charles I when the castle was attacked by both Royalists and Roundheads alike.

An interesting feature of Pembroke is it’s the only castle in Britain to be built over a natural cavern. Wogan’s Cavern has been in use for 12,000 years, and you can still climb down to view it today.

According to the castle’s website, “Pembroke’s strategic placement on the Milford Haven waterway made the castle the main departure point to Ireland and saw both Henry II and King John pass through its doors en route. The easy access by boat to the mouth of the cave, also made it the perfect storeroom and possible boathouse during the Middle Ages. During the 13th century, The Wogan was incorporated into the castle’s defences, with a large watergate being built across the mouth of the cavern.”

In 1447, the ownership of the castle had reverted to the crown under the rule of King Henry VI, and he gave the castle and the earldom of Pembroke to his half-brother, Jasper Tudor. When his brother Edmund’s wife died, Jasper took in his brother’s 13-year-old pregnant wife, Margaret Beaufort.

Harri Tudur was born at the castle on 28 January 1457, the baby who would go on to become King Henry VII. He certainly had a claim to the English throne, but it was tenuous and through his mother’s line. Yet in 1485 he won the crown from Richard III during the Battle of Bosworth Field, and the Tudor dynasty was born.

Today, the castle serves as a popular tourist attraction. Guests can take part in “Knight School,” peek into the Dungeon Tower and view an exhibition with wax figures depicting a bloody Civil War battle. And of course, they can view the 13th-century Henry VII Tower, to see where the man who changed English royal history was born.