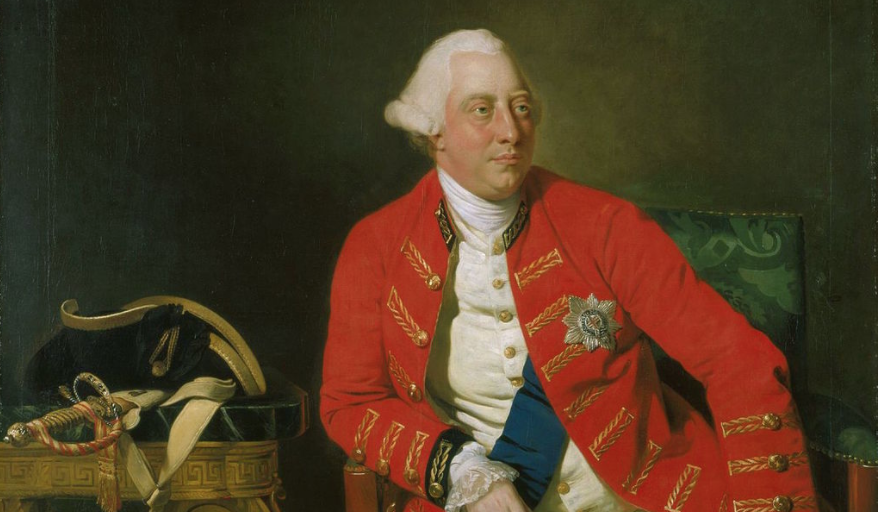 George III is rather well-known as a British monarch – The King who lost America, the father of a very large family, the one who went mad. When people think of him, it either tends to be as the devoted family man he was in his early life or his quiet madness in later life. His marriage to Charlotte of Mecklenburg-Strelitz was an enduring one, lasting 57 years until her death in 1818 and resulted in 15 children. However, Charlotte may not have been George’s first wife.

Hannah Lightfoot was a Quaker, born to a shoemaker and his wife. She had married Isaac Axford in 1753 but had disappeared at the beginning of 1755. Her husband remarried in 1759, after declaring himself a widower. However, there were later rumours that claimed that she hadn’t simply left but was abducted by the Prince of Wales.

George was known to admire Quakers for their simple lifestyles. Apparently he had met a beautiful Quaker woman at a ball at Northumberland House and organised the affair. Rumours quickly swirled that he secretly married her in 1759 and that she had two children by him. These rumours would persist for decades.

George’s marriage to Charlotte proceeded without any difficulties, and there is no real proof that George had married or had any children with Lightfoot. Historians debate whether any marriage between them would have been valid in the first place, as the Church of England has stipulations on who can marry whom. Both parties must be legally able to marry and must be baptised Christians. The Quakers are a unique dissenter sect in that they do perform baptism at any point. Given that this marriage would be invalid anyway, the Hanoverian succession passed through George to his oldest son, George IV, and then William IV, as it should have.

There are various families who claim to be descendants of George and Hannah Lightfoot around the world, but as of 2020, all of who have been tested for DNA are not actually related to George. Although it would have been a very shocking episode in George’s life, a marriage to Hannah Lightfoot seems to largely be a rumour and a mystery.