#OnThisDay in 1972: the former King Edward VIII died in Paris of cancer 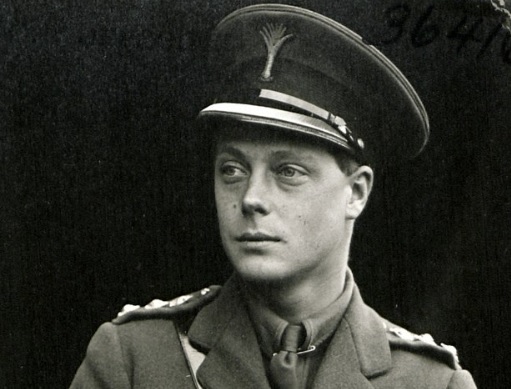 A controversial figure in the 1930s, this King caused a scandal when he became the first royal to abdicate the throne – and he did it for love.

Edward VIII became King on 20 January 1936 but by the end of the year would relinquish his title to his younger brother, Prince Albert, who became George VI.

David first met the twice-divorced Wallis Warfield Simpson in 1931, and the relationship allegedly turned romantic in 1934.

Wallis filed for divorce in November 1936, and the King immediately began looking towards marriage. The King proposed a morganatic marriage – where he would remain King but Wallis would not become Queen, nor would any of their children inherit the throne – but this was opposed by the British Cabinet, who also rejected outright the possibility of David proposing to Wallis.

Finally, on 10 December, he signed his name on the documents that validated his abdication with his brothers at his side. The next night, he gave a now-famous radio speech saying, “I have found it impossible to carry the heavy burden of responsibility and to discharge my duties as king as I would wish to do without the help and support of the woman I love.”

The now-prince left England immediately and went to Austria, where he waited for Wallis’s divorce to be finalized. His younger brother, Prince Albert, succeeded him as King George VI.

George’s first act as King was to create his brother the Duke of Windsor, and he announced his intentions on 12 December at the accession meeting of his Privy Council.

The title was created especially for David, and the designation of the title “His Royal Highness” was only conferred upon the Duke, not to be given to the Duchess or any children they might have.

The Duke and Duchess of Windsor were married on 4 May 1937 at a chateau in France. They lived there pre-war but moved to the Bahamas in 1940, where the Duke was installed as Governor, from 18 August until 16 March 1945. They returned to Paris and kept a home there, at 4 Route du Champ d’Entraînement, for the rest of their lives.

George VI kept the same coronation date as had been set for David, and ruled until his untimely death in 1952, succeeded by his eldest daughter, Elizabeth II.

Despite the controversy he generated, David still kept in touch with the Royal Family. He attended George VI’s funeral in 1952 (but stayed away from Elizabeth’s coronation, as he didn’t want to break precedent). In 1965, he and Wallis visited London and met with Elizabeth II, the Duchess of Kent, and the Princess Royal. He last attended a royal ceremony in 1968 and declined an invite to Prince Charles’s investiture ceremony when he was created the Prince of Wales, as he figured that Charles wouldn’t want him there.

The Royal Family never particularly warmed to the Duchess of Windsor – Queen Mary refused to formally receive her, and The Queen Mother always held blame towards the couple for forcing the monarchy upon George VI, contributing to an early death.

The Duke’s health deteriorated, and he was treated for an aneurysm in 1964 and a detached retina in 1965.

He was diagnosed with throat cancer in 1971 and died at his home in Paris on 28 May 1972. The Duke and Duchess planned to be interred together in a plot at Mount Green Cemetery in Baltimore, United States, but the Queen allowed the couple to be buried at Frogmore, in the Royal Burial Ground.

The Duchess of Windsor died in 1986, suffering from dementia, and was buried next to her husband.