William at 40: the complicated relationship between William and Harry 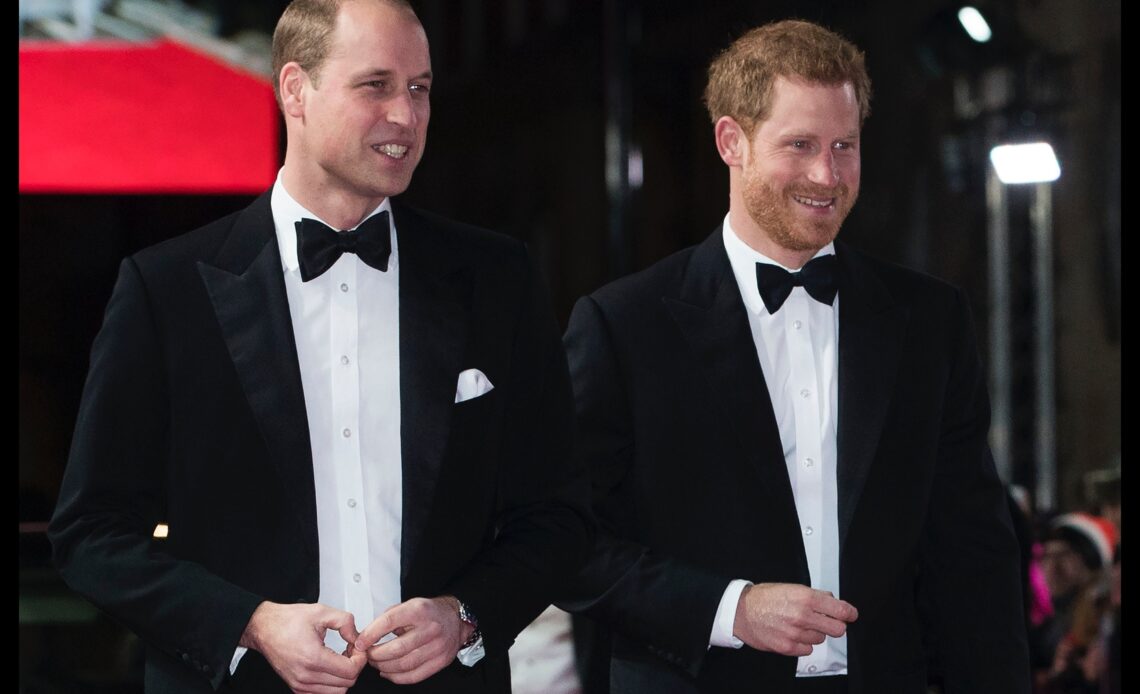 Like any family, the Royal Family has its ups and downs. In this case, the relationship between two brothers, Prince William and Prince Harry, has gone through a very public transformation. The closeness of past years is now replaced by a noticeable coldness with reports that they spent no time together during the Platinum Jubilee celebrations.

Growing up, the two were frequently pictured together with their parents and other members of the Royal Family. But they were also at the centre of some of the most intrusive press attention as every details of their parents’ disintegrating marriage was sought by papers. And then in August 1997, tragedy struck for then 15-year-old William and 12-year-old Harry as their mother, Diana ,died in a Paris car crash.

As time went on and as they spent time away studying and in the military, the two brothers began taking on more initiatives and projects together such as the Heads Together Campaign. Starting in 2016, the mental health initiative was created on the initiative of the Duchess of Cambridge and with the support of the two brothers. In the years prior, the three regularly attended joint royal engagements and it’s said Harry thought of the Duchess as a ‘sister.’

According to several reports, the rift between the two brothers began when Harry started dating Meghan Markle, the future Duchess of Sussex, in 2016. William had expressed concern about how quickly his brother was moving in the relationship. It’s claimed William even enlisted the help of his uncle and Princess Diana’s brother, Charles Spencer to try and talk to Harry, too.

While this may have been going on behind the scenes, in 2017, Harry publically credited William for helping him seek mental health counselling after the death of their mother, a topic that Harry has since become very open about. He told The Telegraph in April 2017: “It’s all about timing. And for me personally, my brother, you know, bless him, he was a huge support to me. He kept saying this is not right, this is not normal, you need to talk to [someone] about stuff, it’s OK.”

“I can safely say that losing my mum at the age of 12, and therefore shutting down all of my emotions for the last 20 years, has had a quite serious effect on not only my personal life but my work as well.”

When Harry proposed to Meghan in November of that year, it was nothing but positive from the Duke and Duchess of Cambridge who issued a statement at the time: “We are very excited for Harry and Meghan. It has been wonderful getting to know Meghan and to see how happy she and Harry are together.” It’s believed William, who served as best man, even went on to plan his brother’s stag party.

Despite rumours, that autumn, Harry confirmed he and his brother had a falling out during the ITV documentary, Harry and Meghan: An African Journey. The Prince was quoted as saying: “Part of this role and part of this job, this family, being under the pressure that it’s under, inevitably stuff happens. But look, we’re brothers, we’ll always be brothers. We’re certainly on different paths at the moment but I’ll always be there for him and as I know he’ll always be there for me.”

Harry went on to add: “We don’t see each other as much as we used to because we’re so busy, but I love him dearly.”

It’s believed the decision announced on social media ‘blindsided’ members of the Royal Family including William and Kate. Following the announcement, there were many meetings between William, Harry, the Prince of Wales, and The Queen as to what Harry and Meghan’s roles in the family would look like moving forward.

As Harry and Meghan moved to North America, it’s claimed William and Harry only spoke a few times in regards to ‘business matters.’ The two couples would have all eyes on them as the Sussexes attended their final royal event, the Commonwealth Day Service on 9 March 2020. The tension between all of them was obvious.

In August 2020, the book Finding Freedom was published which was billed as an inside look at Harry and Meghan’s life and all that went on behind palace walls. At the time, it is said the brothers were back on speaking terms but the publication of the book made things worse between them.

That following March, Harry, and Meghan sat down for a tell-all interview with Oprah Winfrey. During that interview, Harry expressed his hopes to repair the relationship: “I love William to bits. We’ve been through hell together and we have a shared experience, but we are on different paths. The relationship is space at the moment and time heals all things, hopefully.”

Just a month later cam the first public sighting of William and Harry together in more than a year. The brothers kept things professional as they joined their grandfather, Prince Philip’s procession during his funeral. After the service, William, Harry, and Kate were spotted talking as they made their way from St George’s Chapel back to Windsor Castle.

That July, the brothers would once again be reunited publically as they put on a united front to unveil a statue of their late mother in the Sunken Garden at Kensington Palace. But again, there was a notable distance between them.

In June 2022, the Duke and Duchess of Sussex were in London for the Platinum Jubilee celebrations marking the 70th anniversary of The Queen’s reign. It’s been reported that the brothers spent no private time together and their paths only briefly crossed in public as the Sussexes took their seats in the congregation at the Service of Thanksgiving just before the Cambridges joined the royal procession with the Prince of Wales and the Duchess of Cornwall.

The relationship between William and Harry has been one of the most important in their lives and one of the most talked about in the modern history of the House of Windsor. As the older brother marks the milestone of turning forty, the state of that relationship and its future remains unknown.