Why was ”God Save The Queen” played as George H.W. Bush’s casket arrived in Maryland? 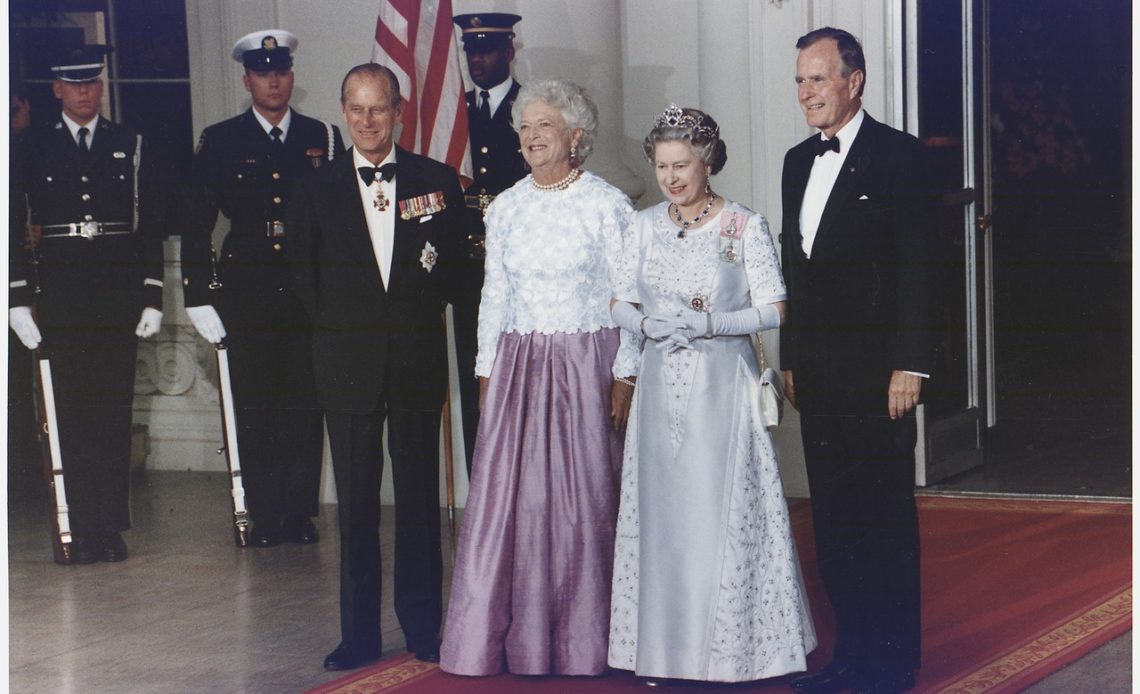 If you watched President George H.W. Bush’s casket arrive in Maryland in December 2018 and are British, you might have been confused as to why “God Save The Queen” was being played. If you are American like me, you would think nothing of it. You would recognise it as the song “My Country, ‘Tis of Thee” that you sang in many school events growing up.

In all fairness, I should admit, as a child like many other Americans I’m sure, I was confused as to why “My Country, ‘Tis of Thee” was played at British events or when an Olympian from Britain won gold at the Olympics. I later found out it was “God Save The Queen” instead.

“God Save The Queen” was not played during events of national importance, but instead, “My Country, ‘Tis of Thee” which has the same tune as the United Kingdom’s anthem. Our national anthem, “The Star-Spangled Banner” is also to the tune of another British song – “The Anacreontic Song”.

It’s a little startling to a Canadian to hear “God Save the Queen” played while Bush 41’s casket is carried to the waiting hearse. Then I remembered there’s an American piece set to that tune.

“My Country, ‘Tis of Thee”, which was originally titled “America”, was written by Samuel Francis Smith in 1831 and served as a de facto national anthem for the United States until “The Star-Spangled Banner” was adopted in 1931. It was first performed on 4 July 1831 at an Independence Day event for children in Boston, Massachusetts.

While the person who wrote the lyrics to “God Save The Queen” is unknown, Thomas Arne composed the melody for the song in 1745. The song has not been officially adopted as the national anthem through a Royal Proclamation or Act of Parliament. Its status as the national anthem comes from its frequent use and custom over the years.