What happened to Bavaria’s monarchy? 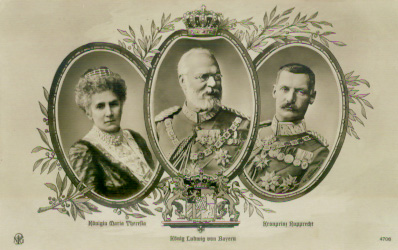 The Bavarian Royal Family had several notable members, including King Ludwig II (The Swan King) and Empress Elisabeth of Austria, known as Sisi. However, the Kingdom of Bavaria had a relatively short lifespan.

In 1805, Elector Maximilian IV Joseph elevated Bavaria from an electorate to a kingdom; he served as King of Bavaria from 1 January to 1 August 1806 when Bavaria seceded from the Holy Roman Empire. He then was known as Maximilian I Joseph of Bavaria. Maximilian was King until his death in 1825.

He was followed by his son, King Ludwig I. Ludwig was a dedicated supporter of the arts, particularly classical design, and several buildings in the neoclassical style were built during his reign. He also collected artwork including many Italian pieces from the Renaissance and Early German and Early Dutch paintings. He was forced to abdicate on 20 March 1848 in favour of his son, King Maximilian II; Ludwig had repeatedly attempted to assert royal authority when the government and citizens would not accept it.

Maximilian II, who reigned from 1848 to 1864, was an immensely popular monarch. Politically he was a stable ruler; he was an academic and sought to engage with a number of philosophers, historians, playwrights, and scientists. He also worked to maintain Bavaria’s independence. He died of a short illness in March of 1864.

King Ludwig II, who reigned from 1864 to 1886, is widely known as the Swan King, and the cousin and friend of Sisi of Austria. Ludwig had little interest in ruling and spent much of his time on the arts and architecture. Shortly after he took the throne, he invited Wagner to his court and would remain obsessed with the composer for the rest of his life. He also is known for Neuschwanstein Castle, a Romanesque castle in the Alps (often said to be the inspiration for Cinderella’s castle in the Disney film.)

Ludwig suffered from serious mental health issues and spent the last decade of his life in relative seclusion. In June of 1886, the government moved to declare Ludwig insane; on 13 June, he went for a walk at Berg Castle with his doctor, and both were found dead in the lake. While it was officially deemed suicide by drowning, the autopsy showed that there was no water in his lungs, and questions remain to this day.

He was succeeded by his younger brother, King Otto I, in 1886; Otto never ruled in his own right. He was thought to also have serious mental health issues, and his uncle, Luitpold, and cousin, Ludwig, were his regents. Ludwig deposed Otto in 1913 to take the throne for himself.

King Ludwig III was the last King of Bavaria; he reigned from 1913 to 1918. Ludwig declared Bavaria’s allegiance with Germany in the First World War, and by 1917, Germany had lost the war. In 1918, the German Revolution saw the end of the 22 constituent monarchies in Germany, including the Bavarian monarchy. He was deposed in November of 1918. Though Ludwig did return to Bavaria in 1919, he fled again after significant political assassinations. He died in 1921 while in Hungary, and his body was returned to Munich with his wife’s (who had passed in 1919), and they were given a state funeral in Munich.