Twenty Years of Rule: looking back at the accession of Grand Duke Henri of Luxembourg 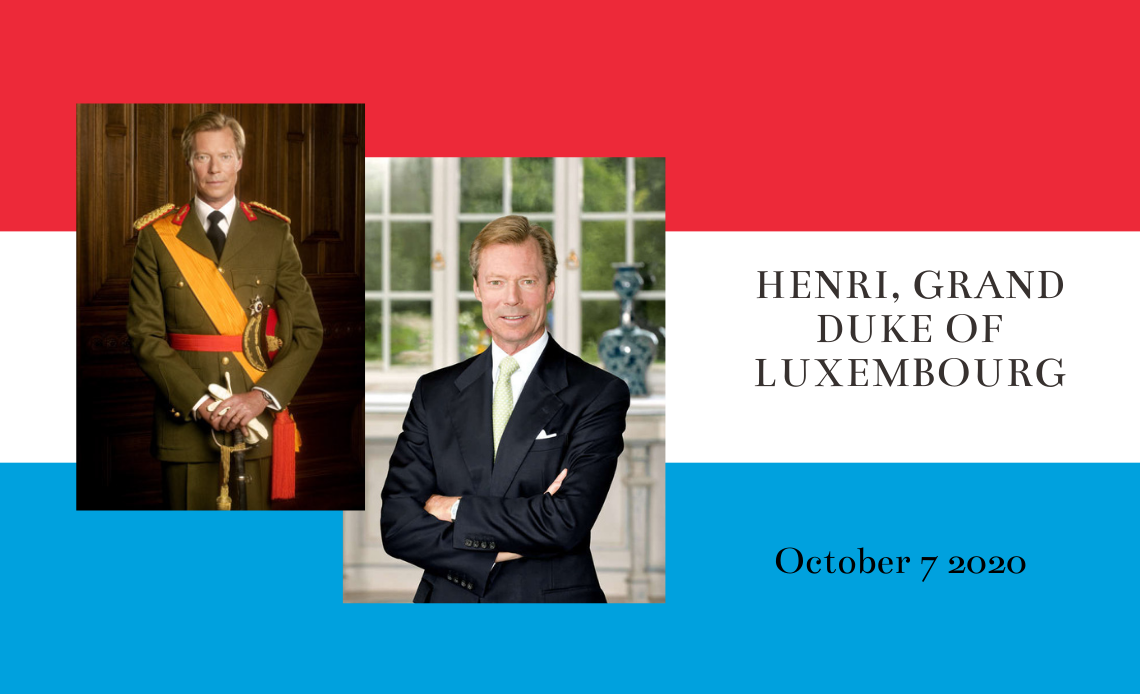 Henri, Grand Duke of Luxembourg marks the 20th anniversary of his reign in October 2020. He ascended the Grand Ducal throne on the abdication of his father, Jean, after a long period of transition. Jean had announced his plans to step aside at the end of 1999 and his son finally took over as Grand Duke of Luxembourg on October 7th 2000. Here, Royal Central looks back at that historic day.

The end of one reign

Grand Duke Jean had signalled his intention to abdicate on December 24th 1999. By then, with his Belgian born wife Josephine-Charlotte at his side, he had ruled Luxembourg for over 35 years. On October 7th 2000, they watched their first son, Henri, take on the role he had been prepared for since birth.

The start of another

Henri had been named as Lieutenant Represenative by Jean in 1998, a position which saw him assume the majority of his father’s constitutional powers. His accession as Grand Duke had been set for September 2000 but an accident that left his younger brother, Guilluame, in hospital meant that the event was postponed. Henri finally took the Grand Ducal throne on October 7th 2000, as his father signed the instrument of abdication. His wife, Maria Teresa, became Grand Duchess of Luxembourg.

A moment of history

The new ruler and his family headed straight to the Chamber of Deputies in Luxembourg City where Henri Albert Gabriel Felix Marie Guillaume was sworn in as Grand Duke of Luxembourg.

Henri and Maria Teresa walked through the city to greet the crowds that had turned out to see them. As the first afternoon of his reign began, Henri and his family took the balcony of the Grand Ducal Palace in Luxembourg for an historic appearance.

Henri’s accession took place before a royal audience. The then Queen Beatrix of the Netherlands was present alongside King Albert II, Henri’s maternal uncle. Queen Paola also joined the festivities.

It was the start of a new reign with a new royal family at the helm. Henri and Maria Teresa’s eldest son, Guillaume, became Hereditary Grand Duke and was joined on this historic day by his siblings, Prince Felix, Prince Louis, Princess Alexandra and Prince Sebastien. Twenty years on, they mark this special anniversary.