The Royal Wedding of Princess Margriet of the Netherlands 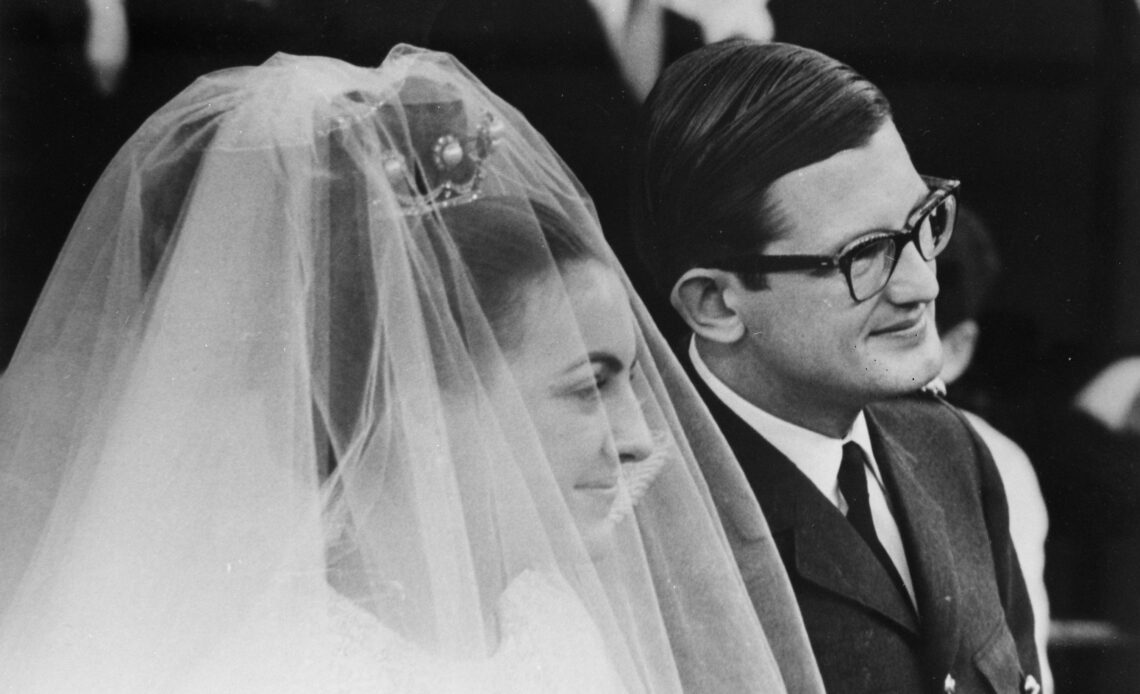 It’s not the most talked about royal wedding of all time but the marriage that took place on a cold, January day in 1967 has proved to be an important one for the Dutch Royal Family. Princess Margriet of the Netherlands, aunt of the current monarch King Willem-Alexander, wed Pieter van Vollenhoven in a regal setting and the couple have gone on to be among the most solid supporters of their royal dynasty.

The bride was the third of Queen Juliana of the Netherlands’ daughters to get married in as many years but unlike her sisters, Margriet managed to say ‘I do’ without attracting any of the controversy that had surrounded the other two royal weddings.

Margriet, born in Canada during World War Two, had met her future husband while at university in Leiden. They announced their engagement on March 10th 1965 with the bride to be, whose name means pearl, receiving a ring bearing a solitary example of that gem on a simple band. Just months later her older sister, Beatrix, then heir to the throne, announced her own wedding plans. Margriet waited until that marriage, which caused quite a stir, was over before arranging her own nuptials in The Hague.

Princess Margriet and Pieter van Vollenhoven were married on January 10th 1967 with a civil ceremony, as required by law, at the Town Hall followed by a religious wedding at the Church of St. James.

Margriet took her name as inspiration for her wedding dress. As well as meaning pearl, it also denotes daisies and that flower dominated in her marriage outfit. Her gown, designed by Caroline Bergé-Farwick from Maison Linette, was made of fabric covered in embroidered daisies. The dress itself featured a scoop neckline, long sleeves and a fitted bodice which gave way to a full length, slimline skirt. Margriet’s train was attached to the shoulders of the gown and was, again, covered in daisy embellishments while the bride carried a bouquet made entirely of, you’ve guessed it, daisies.

However, the flower had to compete with pearls as a wedding motif. Margriet chose a very Sixties’ tulle veil, a voluminous spray of material that finished just below her shoulders. It was held in place by a family tiara made of diamonds but featuring five prongs topped with button pearls.

Margriet and Pieter went on to become mainstays of the Dutch Royal Family, supporting Beatrix throughout her reign as Queen of the Netherlands. The princess, who is now eighth in line to the throne, still carries out engagements. On a personal level, the couple have been very happy together. They had four sons and are now proud grandparents of eleven.