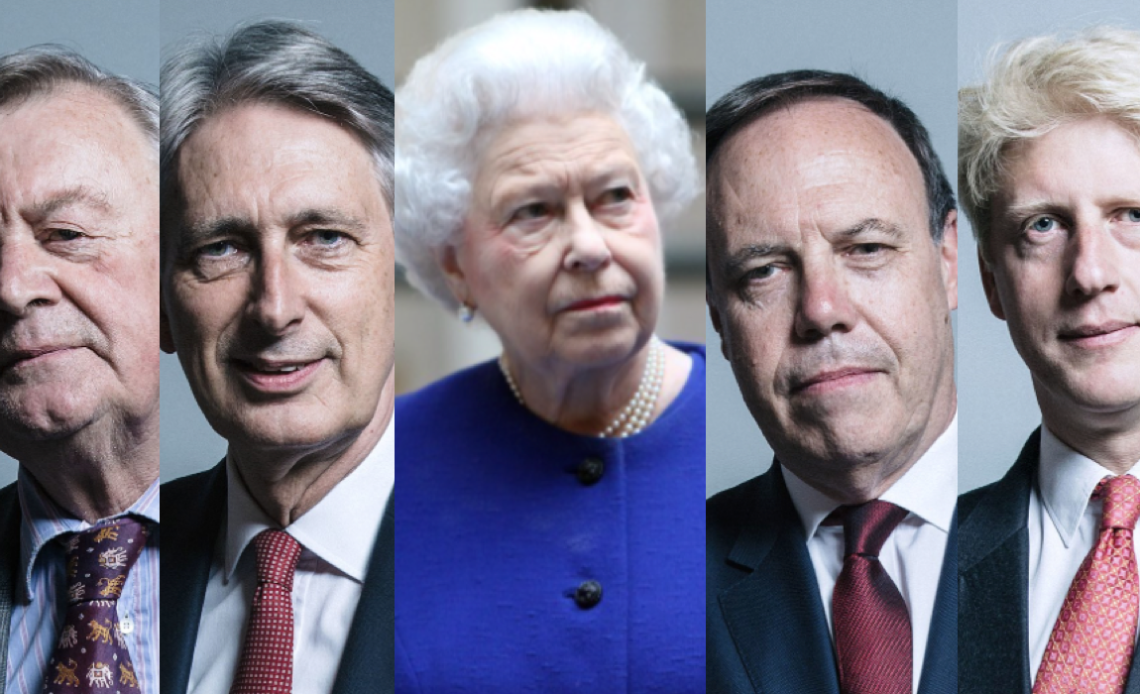 The Queen, upon the advice of her Prime Minister, is to confer peerages on 36 individuals in a highly controversial honours list.

A number of dissolution peerages and political peerages were revealed on Friday, with critics making allegations of nepotism.

Among those to be elevated to the House of Lords are former Chancellor of the Exchequer Philip Hammond, MP of 50 years Ken Clarke, and brother of the Prime Minister Jo Johnson.

Five former-Labour MPs who were highly critical of Jeremy Corbyn’s leadership are also being rewarded with peerages.

Meanwhile, Theresa May’s husband, Philip, is awarded with a knighthood.

However, some have taken to Twitter to express their disbelief at the system, with some alleging that nepotism was involved in the awarding of the honours.

The Queen signified her consent to award peerages as a formality, but it is the Prime Minister’s responsibility to put names forward.

Rt Hon Philip Hammond – lately Member of Parliament for Runnymede and Weybridge and former Chancellor of the Exchequer.

Rt Hon Joseph Johnson – lately Member of Parliament for Orpington and Minister of State for Universities, Science, Research and Innovation.

Rt Hon Sir Patrick McLoughlin CH – lately Member of Parliament for Derbyshire Dales, former Chancellor of the Duchy of Lancaster and Chairman of the Conservative Party.

Nominations for the Leader of the Labour Party:

Nominations for the Leader of the Democratic Unionist Party:

Rt Hon Frank Field – lately Member of Parliament for Birkenhead and Chair of the Work and Pensions Select Committee.

Ian Austin – lately Member of Parliament for Dudley North and former Parliamentary Under-Secretary of State for Communities and Local Government.

Dame Helena Morrissey – CEO of Newton Investment Management and founder of the 30 Per Cent Club.

Neil Mendoza – Provost of Oriel College and Non-Executive Board Member of the Department for Digital, Culture, Media and Sport.

Nominations from the former Leader of the Labour Party

Claire Fox – Director and founder of the Institute of Ideas. 14. Charles Moore – journalist and biographer

Evgeny Lebedev – Owner of The Independent, The Evening Standard and London Live and patron of Space for Giants.