The King and Queen of Bhutan name second son 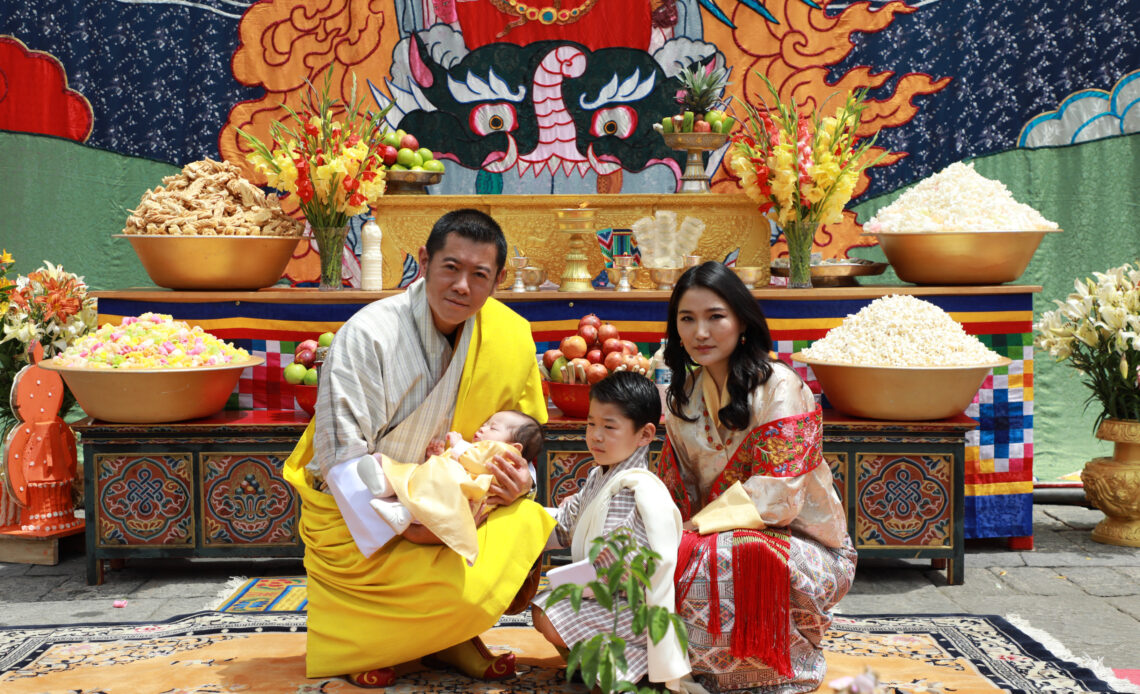 The King and Queen of Bhutan have revealed the name of their second son. He has been named Jigme Ugyen Wangchuck and His Royal Highness will be referred to as Gyalsey Ugyen Wangchuck.

The King and Queen attended the Trelda Tsechu prayer ceremony at Thimphu Tashichodzong and offered prayers along with Their Royal Highnesses Gyalsey Jigme Namgyel and Gyalsey Ugyen Wangchuck. The prayer ceremony is in honour of the birth of Guru Rinpoche, an 8th-century Buddhist master and the founder of Tibetan Buddhism. The Trelda Tsechu ceremony is performed annually for the benefit of all sentient beings.

The Queen of Bhutan gave birth to her second son on 19 March 2020 – corresponding with the 25th day of the 1st month of the Male Iron Rat year, in the Lingkana Palace in Thimphu.

“We are honoured to announce the birth of the second Royal Child of Their Majesties The King and Queen, a Prince, on the 19th of March 2020, corresponding with the 25th day of the 1st month of the Male Iron Rat year, in Lingkana Palace, Thimphu. Her Majesty and the royal baby are in good health, and His Royal Highness The Gyalsey was delighted to meet his younger brother. Their Majesties express their gratitude to the medical team, the Zhung Dratshang and to everyone for their well-wishes and prayers.”

”While this remains a very happy occasion for the Royal family and the nation and people of Bhutan, Their Majesties wish to remind all Bhutanese to be mindful, responsible and supportive to each other in the wake of the COVID-19 virus. Their Majesties have everyone whose lives have been affected by this global pandemic in their thoughts and prayers.”

The young Prince is second in the line of succession behind his elder brother The Gyalsey.