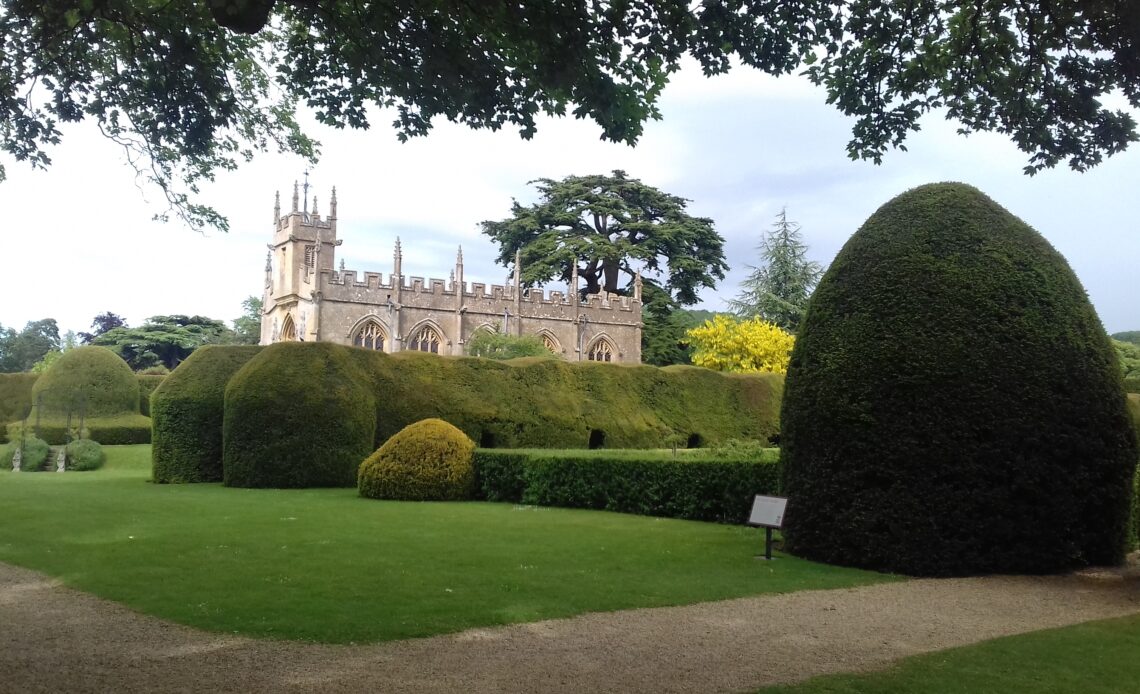 Amongst the prettiness of rolling countryside and the gentle sound of sheep grazing sits a castle with its own little chapel. The walls are golden yellow while around it grow sweet scented flowers and glossy, regal trees. But behind this calm serenity lies the tomb of a queen whose life was filled with drama and whose end was soon forgotten in the tumult of Tudor politics. The drama continued after death, for her grave was lost for decades before a farmer accidentally rediscovered it under the watchful eye of restless tourists. And the castle she had once called home is now rebuilt with her tomb nestled safely in its pretty church.

Katherine Parr, sixth wife of Henry VIII, had come to live at Sudeley Castle in Gloucestershire in 1548 alongside the man who replaced the king as her husband. Soon after Henry’s death, Katherine had married Thomas Seymour, the handsome and rather charming brother of the late king’s third wife, Jane. Tudor England was a small place. But for all his good looks and charm, Thomas was a far from ideal match. He was unscrupulous, ambitious and increasingly bitter that his older brother, Edward, had been given control of their nephew, Jane’s son, now Edward VI. And he was also keeping his options open with his interest in Henry’s daughter, Elizabeth, reaching beyond proper.

Katherine, on the other hand, seemed totally smitten with the man who had become her fourth spouse. She was also expecting a baby by the time they arrived at Sudeley, the first time she had become pregnant in her many marriages. Katherine was old for a first time mother in Tudor times, being around 36 years. Although she seemed healthy throughout her pregnancy with access to the best possible care during her confinement, soon after the birth of her daughter, named Mary, on August 30th 1548, Katherine began to show signs of puerperal fever. She died at Sudeley on September 5th 1548. Her husband left the castle soon afterwards, not even waiting for her to be buried.

Instead, chief mourner at the funeral of Katherine Parr, Queen of England, was another of the young women of the Tudor court who had ended up in her care as the determined Thomas Seymour bought her wardship. Lady Jane Grey had looked up to Katherine, one of the few people to show any interest less alone kindness to the neglected girl. She had become deeply interested in the Protestant beliefs that Katherine espoused and followed her beloved protector’s coffin into the church at Sudeley Castle for the first public funeral for a public figure to be conducted under the new rites. Katherine was laid to rest on September 5th 1548 and swiftly forgotten as her husband pursed a disastrous attempt to take control of the young king and the Tudor court swirled with intrigue through the short reign of Edward VI and the bloody battle for the throne which saw Mary I vanquish the claim of Lady Jane who was executed in 1554.

Sudeley Castle itself fell into ruin after it became a royalist stronghold during the English Civil War. Cromwell and his forces were less than pleased with that decision and slighted the building. Over the following decades it fell into ruin and Katherine’s tomb faded into history with it. Local villagers took stones from the building to shore up their own homes and by the late 18th century, Sudeley was a famous romantic ruin. Its picturesque remains were covered in moss and hidden by wild flowers and plants that swirled around its faded glory while sheep grazed on land that had once been walked on by royalty. The tomb of Henry VIII’s last queen was lost among the ruins until a group of tourists began digging,

In 1782, some women visiting the area noticed a slab of alabaster among the ruins and persuaded a local farmer to start digging around it. He found a coffin with a lead plate that read ‘Kateryne the Quene’. The coffin was opened and the body of a woman was found, in remarkably good condition. The discovery of the remains of Katherine Parr became much talked about and her coffin was opened again several times, once by a group who had been drinking and who were less than delicate with her remains. By 1817, the body had become ‘a little brown dust’ and the decision was taken to bury the queen again, in the vault of the Chandos family who then owned Sudeley.

Sudeley itself fell on better times, bought by the wealthy Dent brothers whose family had made their fortune in the glove industry. It ended up in the hands of their nephew, John, and his energetic wife, Emma. In 1863, a new, restored chapel was completed at the castle, designed by George Gilbert Scott. Katherine Parr was laid to rest in a new tomb, carved by John Birnie Philip, and featuring a full length depiction of her. Her crest along with those of her four husbands are on the tomb while on the wall next to it is a plaque commemorating the words found on her coffin.

Today, Katherine Parr’s tomb at St. Mary’s Church at Sudeley is visited by thousands of people every year. On one side of the chapel is a garden planted entirely with white flowers while a bench sits beneath the stained glass window that marks the location of her hagioscope, an opening which allowed her to watch services privately. Around the entrance to the chapel there are currently cream coloured hydrangeas which are still in bloom every year at the time of the anniversary of her death.

Katherine Parr is the only Queen of England to be buried on private ground. Her incredible story, filled with royal intrigue, is remembered at a place as romantic as the queen herself.