The Duchess of Gloucester is turning 75 and not slowing down 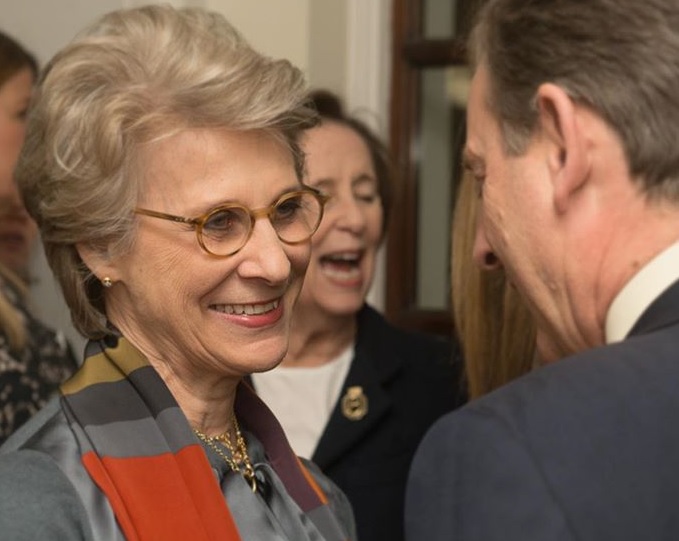 One of the busiest members of the Royal Family is celebrating a special birthday this month. Birgitte, the Duchess of Gloucester, is 75 on June 20th. The mother of three is married to the Queen’s cousin Prince Richard, the Duke of Gloucester.

Originally from Denmark, the Duchess of Gloucester was studying at Cambridge when she met Prince Richard, younger son of Prince Henry, Duke of Gloucester. In 1972, they married and six weeks later, the Duke’s older brother, Prince William died unexpectedly in a plane crash. Suddenly, Richard was next in line for his father’s Dukedom. Prince and Princess Richard became the Duke and Duchess of Gloucester in 1974 when Prince Henry passed away.

Today, the Duchess of Gloucester is a full time working member of the Royal Family. She is patron of over 60 charities. Her patronages span a wide variety of interests and causes. In April, she and Mike Tindall, husband of the Queen’s granddaughter Zara, highlighted Parkinson’s Awareness Month with Parkinson’s UK. She has been their patron since 1997. When Diana, Princess of Wales passed away, the Duchess was named President of the Royal Academy of Music.

Artistic and athletic organizations also count on the Duchess of Gloucester as patron including the Lawn Tennis Association, the Royal School of Needlework and the Scottish Opera.

The Duchess of Gloucester has commented on how energising it is to meet with people involved in charitable organizations throughout the Commonwealth: “As members of the Royal Family and in our public life, the Duke and I have the huge privilege of continuously meeting people greatly committed to their work with charitable causes – many individuals being volunteers, doing all kinds of good works, giving of their time, talents and expertise. Some are high-powered and greatly skilled, others willing to do the most mundane but essential tasks – all of them enjoying being part of a team supporting a noble cause. It is inspiring and immensely rewarding meeting these volunteers on my varying engagements in London and throughout the country. I meet volunteers in schools, often for children with special needs, medical research projects, hospices, homes for older and frail people, and also in community initiatives for sport, music and the conservation of the Arts. I see so many wonderful places, and it is the people involved who make them so.”