The Cambridge Wedding: Celebrations around the World 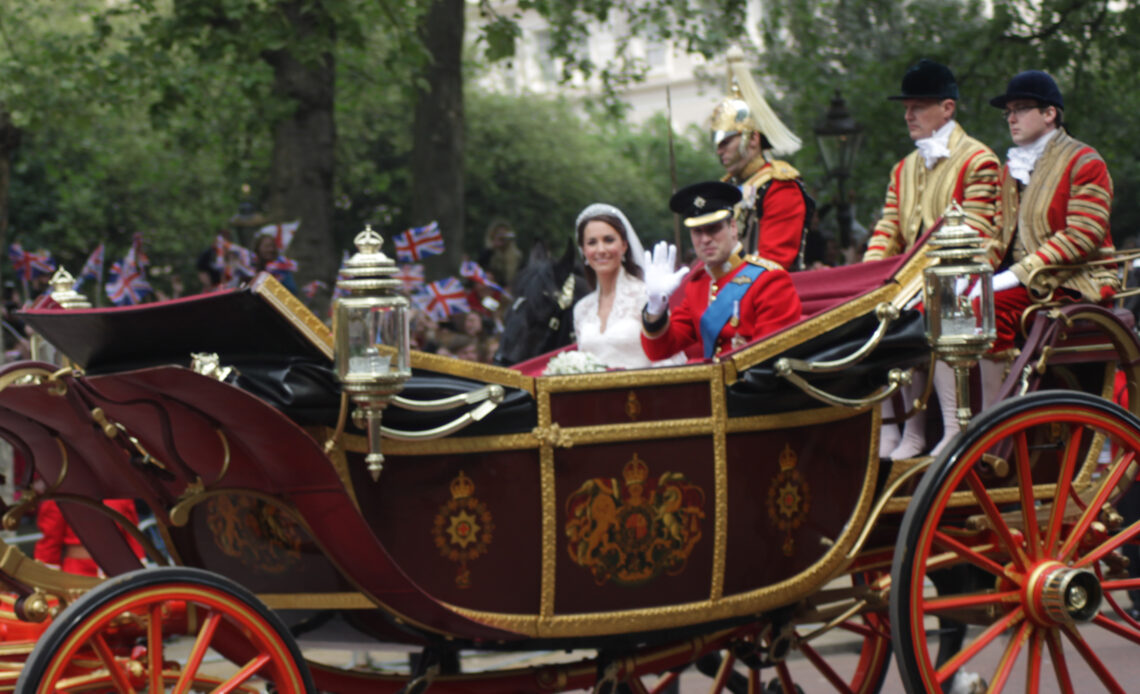 It was a wedding watched by more than two billion people across the world. While people watched from their homes, more than one million people lined the procession route between Westminster Abbey and Buckingham Palace to see the couple on their special day. The occasion was a public holiday in the United Kingdom.

While many celebrated in the United Kingdom in person, or they had viewing parties at their homes, a number of celebrations big and small took place around the world. In honour of their 10th anniversary, Royal Central is taking a look at how the wedding was celebrated across the world.

Prince William and Catherine personally approved an official range of china including homemade plates, cups, and pillboxes to be made for the Royal Collection. The items were decorated with the intertwined initials of the couple under the Prince’s coronet.

The Lord Chamberlain’s office approved a longer list of memorabilia to be sold. This would include official mugs, plates, biscuit tins, and other items with pictures of the couple. Originally, the Palace refused to sanction official tea towels, aprons, and t-shirts as they were deemed to be “in poor taste.” Eventually, the restriction on tea towels (but not the other items) was lifted. Sales of merchandising were expected to reach £44 million.

The Royal Mint would also produce an official Alderney £5 engagement coin showing the couple in profile. An official £5 coin would also be crafted for the wedding. The Royal Australian Mint and the Royal Canadian Mint also released a series of coins. On 21 April, Royal Mail issued a set of commemorative postage stamps featuring the couple’s official engagement photos.

There were about 5,500 applications across England and Wales to hold royal wedding street parties. 850 of those were based in London, where the then Prime Minister David Cameron hosted a party for charity workers and local children in Downing Street.

In Scotland, 2,000 people attended a party at the University of St Andrews where the couple first met. In Edinburgh’s Festival Square, hundreds gathered to watch the ceremony on a big screen.

In Wales, Welsh celebrations were led by the Anglesey, where Prince William was a search and rescue pilot. It is also where the couple resided after the wedding. 2,600 gathered to watch the wedding on big screens, and around 200 street parties were organised throughout the country, including more than 50 in Cardiff.

The International Peace Bridge across the Niagara River between the United States and Canada was lit in red, blue, and gold, the colours of the royal coat of arms.

In the United States, the Empire State Building in New York City was lit at sunset in the colours of the Union Flag, red, white, and blue.

In the United Kingdom, the National Grid reported a huge surge in demand for power after the service. That’s equivalent to one million kettles being boiled.

Royal Central has a brand new book, all about royal weddings, available on Amazon. Why not add it to your own collection of royal wedding memorabilia?