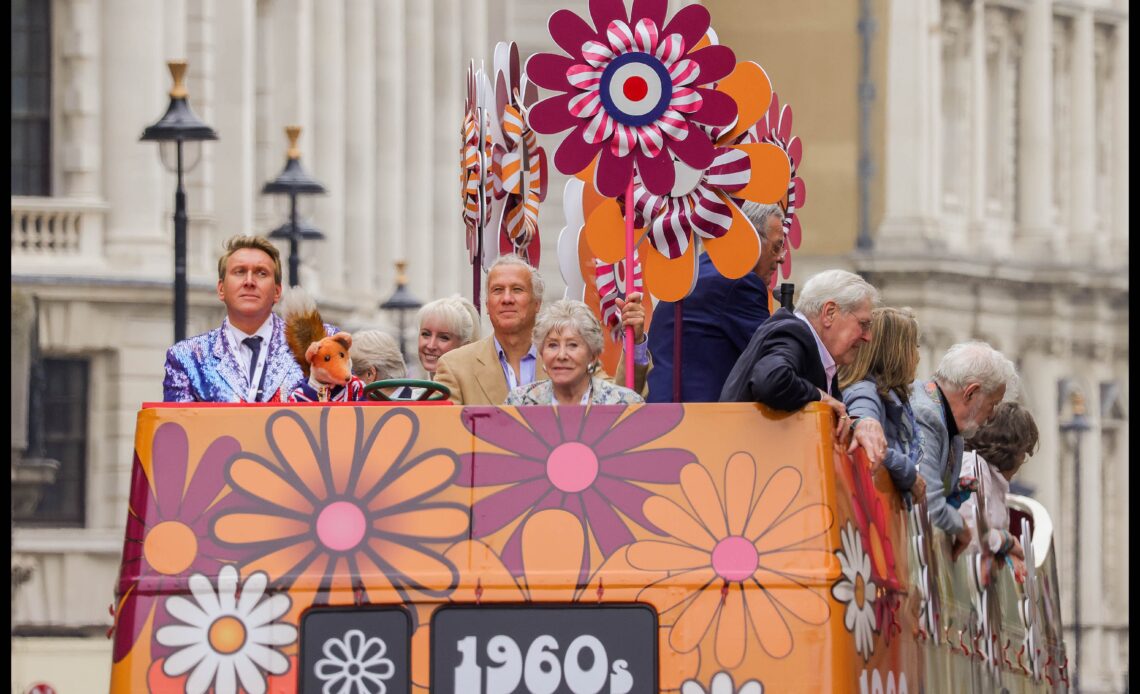 The Platinum Pageant was the closing event of the historic four-day weekend that celebrated the Platinum Jubilee of Queen Elizabeth.

One of the main features was a caravan of seven buses, each representing a decade of Her Majesty’s reign.

The buses hosted people that were dubbed “national treasures” – celebrities that have marked the cultural history of the United Kingdom in some way or another.

It isn’t Mr Elba’s first brush with Royalty, as he and his wife Sabrina were among the guests at the Duke and Duchess of Sussex’s wedding in 2018.

Phoebe Dynevor was on the top deck of the bus representing the 2000s. She rose to fame in her role as Daphne Bridgerton in Netflix’s homonym hit tv show.

The buses were also ridden by many television personalities, like Kate Garraway, who moved the country when she told the story of her husband’s long and dangerous encounter with CoViD-19, and Holly Willoughby, the other half of the duo presenting ITV’s This Morning and Dancing on Ice.

This Morning also saw another of its presenters and three of its contributors being recognised in the parade: Ruth Langsford, who for years presented the show on Fridays alongside her husband Eamonn Holmes, was in the 1980s bus, while fashion stylist Gok Wan and money-saving expert Martin Lewis rode the 2000s bus and TV personality Rylan Clark was in the 2010s bus.

There was also a representation from some of the UK’s most watched soap operas: from Coronation Street, the set of which the Queen herself visited only last year, actor William Roache, who plays Ken Barlow, was riding on top of the 1960s bus; while East Enders, which recently saw a cameo from the Prince of Wales and the Duchess of Cornwall, was represented by actor Rudolph Walker in the 1960s bus.

Many more familiar names like Anthea Turner, Alan Tichmarsh, Katherine Jenkins, Bonnie Langford, Chris Eubank, Giles Terera, Gary Lineker, Peter Duncan, Valerie Singleton, Peter Purves, Shirley Ballas, Angela Rippon, Heather Small, Patrick Mower, Lee Mack, Timmy Mallet and Heston Blumenthal were also out and about to pay their tribute to the past 70 years in which Her Majesty has reigned over the United Kingdom with grace and a steady hand.