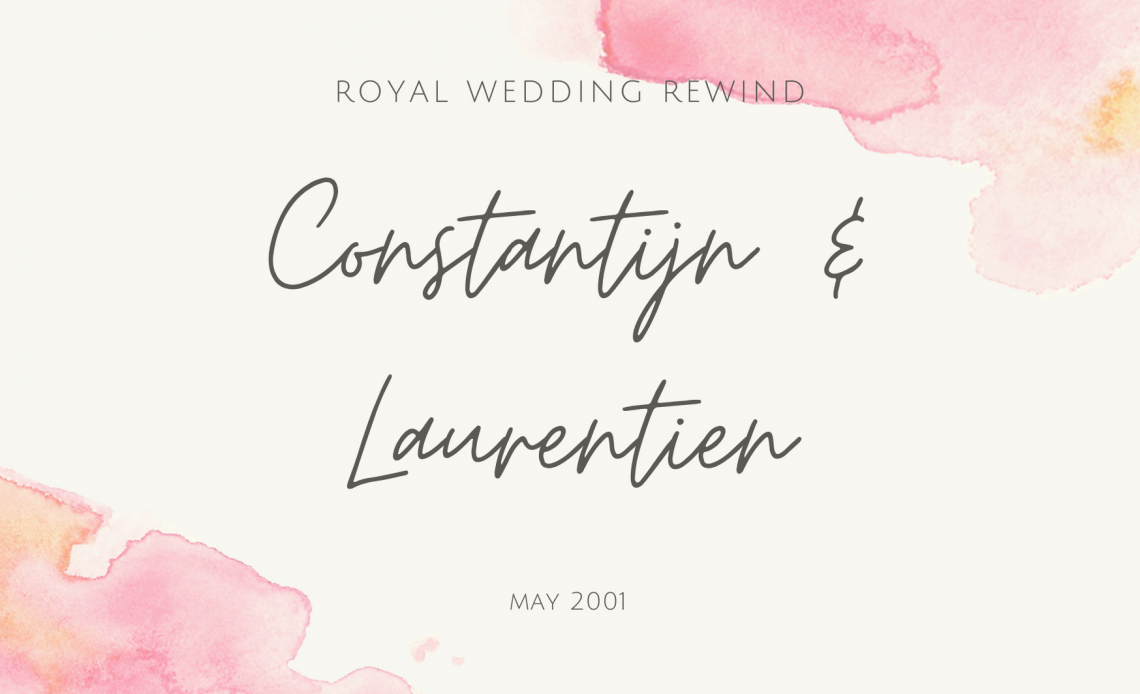 Two wedding ceremonies, three spectacular celebrations and one very happy couple. Twenty years ago, on a string of sunny May days, Prince Constantijn of the Netherlands married Laurentien Brinkhorst in The Hague with a host of royal guests looking on. And while Constantijn was nowhere near his country’s throne, his wedding began a string of marriages that would change Europe’s royal outlook forever. Let’s rewind to a very special royal wedding indeed.

Constantijn and Laurentien had known each other for quite a while before they decided to get married. The groom was the third son of the then Queen of the Netherlands, Beatrix, while the bride’s father was a high profile politician who had served in both Dutch and European parliaments. The couple announced their engagement in December 2000 and set the date for spring the following year. They would marry in a civil ceremony in The Hague on May 17th followed by a religious service on May 19th.

While they were preparing for their celebrations, Constatijn’s eldest brother announced more royal wedding news. In early spring 2001, the then heir to the throne, Willem-Alexander, confirmed he would wed Maxima Zorreguieta. However, the prospect of an even grander set of nuptials did nothing to overshadow Constantijn and Laurentien’s special days. Their first celebration, their civil marriage, took place at the Oude Raadzaal on May 17th 2001 with the bride in pink. Laurentien chose a coat dress by Edouard Vermeulen of Natan and carried a vibrant bouquet of white and pink flowers for this first ceremony.

The religious ceremony took place two days later, leaving the couple enough time in between to enjoy a gala evening with their guests on May 18th. Then, on May 19th, they made their way to the Church of St. James in The Hague, for their religious wedding. Also known as the Great Church, it has been used for royal weddings and baptisms for decades.

Laurentien and Constantijn arrived together, walking down the aisle of the famous church and through a congregation of royal guests. Willem-Alexander and Maxima weren’t the only soon to be wed couple there as Crown Prince Haakon of Norway and his fiancee, Mette-Marit, were also among the congregation. The bride’s second wedding dress was also designed by Edouard Vermeulen and featured a boat neck, long fitted sleeves and a fitted bodice with a V-motif on the back. The full length skirt was also rather unusual as it opened into a long train. The bride’s veil was held in place by the diamond Laurel Wreath Tiara of the Dutch Royal Family.

Celebrations continued following the ceremony with big crowds turning out to see the couple as they made their balcony appearance and shared a kiss. Prince Constantijn and Princess Laurentien went on to have three children together and now, celebrating their twentieth wedding anniversary, they remain one of the happiest and most successful royal couples around.

This special day is one of dozens of royal weddings in our new anthology, bringing together over 140 articles all about marriages and brides in one collection for the first time. You can buy it as an ebook or a paperback at Amazon.