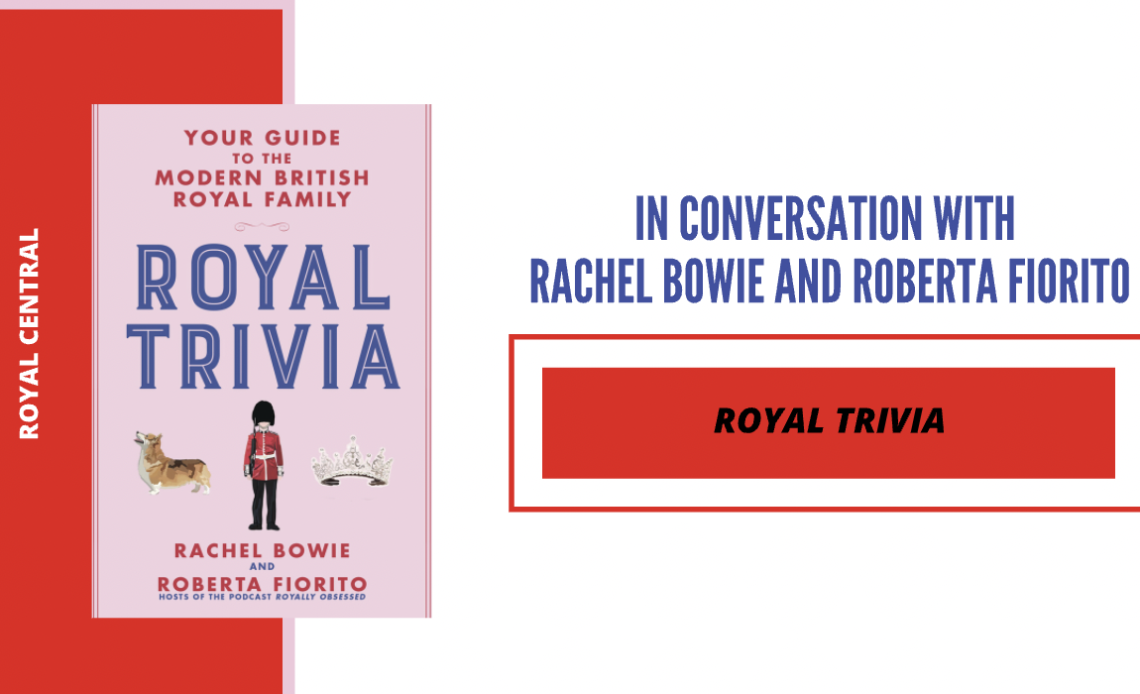 If you love quizzing people on royal facts or have a royally-obsessed person on your gift list this year, a new book will definitely tick all the boxes. Releasing 21 December, Royal Trivia by Royally Obsessed podcast hosts Rachel Bowie and Roberta Fiorito covers facts on everything from royal births, weddings, nicknames, hobbies, and more.

Named one of the best podcasts of 2021 by Town & Country, Royally Obsessed has an army of devotees known as “RoRos” and a dedicated Facebook group with more than 6,000 members. Bowie and Fiorito both write about the Royal Family for PureWow and took over the podcast from its previous hosts in 2020.

“One of the best things about the podcast is how much of a community we’ve kind of stepped into,” Fiorito said.

Thanks to the popularity of the show, the duo was approached to write Royal Trivia. While they aren’t planning on any follow-up books at the moment, Bowie said she appreciated how their title took a “slightly different spin” on the royal gift book format.

“This format, in particular, intrigued us,” she said. “It allowed us to take some of the things that can feel almost like myth and put them in a question form and then go in-depth on the narrative around it.”

Royal Central joined the authors for a lively video chat about the writing process, favourite royal facts, and what’s up next for the podcast.

Kristin Contino: The book is super exciting – how did it come about? Walk me through what made you decide to write it.

Rachel Bowie: So basically, Roberta and I took over Royally Obsessed in April 2020, which feels like a lifetime ago. It was around Thanksgiving time, I guess, that Ulysses Press got in touch with us. They reached out to me – a friend of mine leads their marketing team – and they were looking to do a book about the royals, knowing that Spencer was coming out and The Crown was getting extra buzzy.

As an author myself, I find the co-writing process really interesting. How did you structure it? Did you take turns writing chapters or just kind of break it down like, ‘okay, I’m going to write this, you’re going to write that?’

Roberta Fiorito: So, the structure is five chapters, and it’s The Cambridges, The Sussexes, Diana, Charles, and The Queen. We felt like we were cutting people a little in a sense, but also, it felt that once we narrowed it down, our focus was very clear. From there, we just split up the sections and wrote all the questions first. [It was] walking a fine line too because we know there are some people who don’t know much about the royals, and there are some people who are going to know even the smallest little tidbit about, you know, Princess Diana’s wedding dress. We wanted the questions to reflect that so that it wasn’t super alienating to people who didn’t know much, but it also felt like, ‘oh yeah, that is interesting’ for someone who listens to all these podcasts and follows the royals closely.

What’s your favourite fact that’s in the book?

Bowie: It’s like picking a favourite child. I would say for me, though, one of the things that I genuinely had no idea about was that Kate had so many acting credentials. I didn’t know that she starred in My Fair Lady and that you can watch those clips on YouTube. I was under a rock when that broke as news! She’s so multi-talented in general, and I think it just underscored that she’s just a jack of all trades. She’s so athletic, but she’s good at gardening, and she’s an amateur photographer. And then to know that she also can sing, and I think we recently learned that she’s a skilled piano player.

Fiorito: I feel like if I had to choose, I really enjoyed writing sections of The Queen. I had just finished a biography about her, and so I was just really interested in her history and didn’t know as much about her childhood and growing up. One of the things that struck me was that the Royal Family loves nicknames. She used to call her grandfather King George V Grandpa England, which I thought was really cute. She obviously referred to herself as Lilibet, and then it connects to Harry and Megan with the naming of their child.

In the past year-and-a-half or so that you’ve been hosting the podcast, do you think that it’s impacted or changed any of your thoughts on members of the Royal Family? And is there anything in particular that you’ve learned from a guest that surprised you?

Bowie: For me, something that’s changed is just – it’s not that my fandom was surface-level before, but I think especially the post-Oprah royals, once Harry and Meghan went on that –  I definitely am a lot more tuned into the behind the scenes manipulation like the men in grey suits, the whole Firm. I think that that is something that I spend a lot more time paying attention to than I did before. It’s not that I ignored it before or didn’t see it, I think now it just feels like there’s a lot more information and we kind of know more of the key players. I don’t think I knew as many behind-the-scenes people.

Fiorito: For the second part of your question, the thing that always sticks in my head about one of our guests is Tom Jennings. He came on to talk about his documentary Diana: In Her Own Words. He went over to London and met with Andrew Morton after many, many emails and got to listen to all of the tapes. The thing that struck him was that Diana was just so funny. I was reminded of that seeing Spencer … it’s so serious, and it really focuses on a lot of the drama that she experienced. It’s so nice to picture her being this very charismatic and very funny person.

What are you most excited about coming up for the podcast and for the royals?

Fiorito: We have so many guests coming up, but Lainey Gossip is one of them at the end of December, so we’ll record it soon. We’re really excited about that because I think we’re going to do a best of the year with her, which we really find fun. We haven’t talked to her before, and I love her content and all of the stories she puts out about the royals.

Bowie: I think for me, it’s not even necessarily a guest; I’m just really excited about and curious about what will play out in the next several months between now and the Platinum Jubilee. I think we keep having this emotional rollercoaster, not seeing The Queen and then seeing The Queen and worrying about her health. I think I’m just on the edge of my seat. And one of the aspirations that we have is to get over to the UK together whenever restrictions have left. I would love to record an episode in person with Roberta, too, since we’ve been remote this whole time.

Royal Trivia is available for pre-order wherever you buy books.