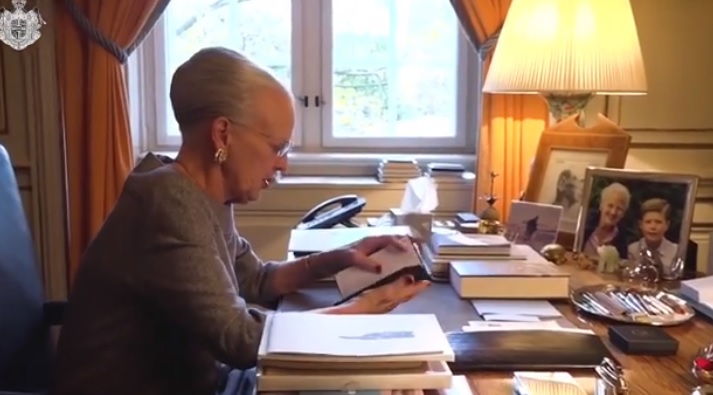 It’s beginning to look a lot like Christmas – well, at the Amalienborg Palace at least. As December gets under way, the Danish Royal Family have a special treat in store for their fans and it’s all under the control of none other than Queen Margrethe II.

The Danish monarch is in charge of an Advent adventure which will unfold on the official royal Instagram account. With the help of her very own folklore friends, the nisse, she is steering her social media followers on a tour of her realm and promising to reveal some right royal secrets as she goes about it.

The Christmas countdown was unveiled over the weekend. In a special film posted on the Det Danske Kongehus Instagram, Queen Margrethe was seen opening her diary to find the date at December 1st. She then opened up the Christmas cupboard in her office to reveal a nisse, a kind of gnome or goblin well known in Danish folklore. She also shared that the little nisse needs to find his family and that’s where the adventure comes in.

There’s a map which was accompanied by an explanation that, over the days leading up to Christmas Eve, the nisse would be travelling around Denmark to reveal some secret nooks and crannies of famous royal castles as well as stories from the royal past involving some of Margrethe’s illustrious ancestors and their friends, including the famous Danish poet, Hans Christian Andersen. And as he travels, he’ll be keeping an eye out for his loved ones as well as trying to bring some Christmas spirit with him.

It’s the fourth year that Queen Margrethe has taken charge of the family’s festive countdown. And it wasn’t the only time over the weekend that her artistic talents were on show. On Sunday December 1st she attended the opening night of a new version of the ballet ”The Snow Queen” at the Tivoli Gardens – she is its costume and set designer. Her family, including Crown Prince Frederik and his four children, Princess Marie, Prince Nikolai, Princess Benedikte and Queen Anne-Marie of Greece were on hand to support her.