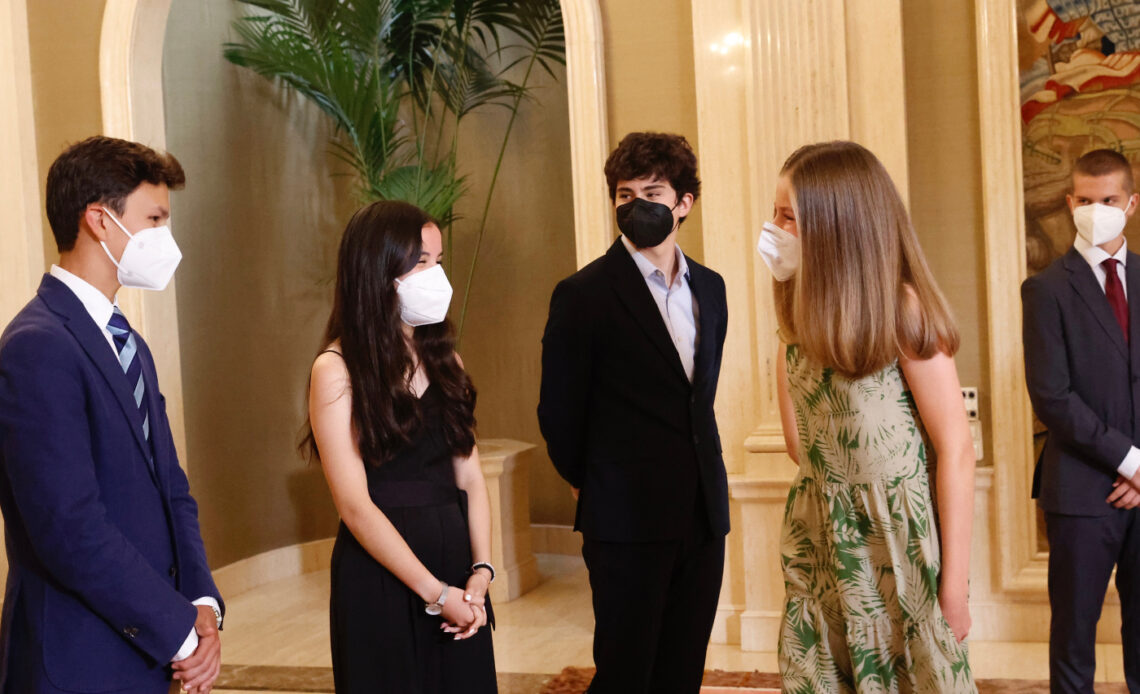 This could be the last week the Spanish Royal Family is working before their annual holiday in Palma de Mallorca, the biggest of the Balearic Islands, and Their Majesties are definitely making it count.

On Tuesday, King Felipe, Queen Letizia and Infanta Sofía held a reception for 20 Spanish students who will be going through the two year UWC program, of which Their Majesties are High Patrons.

Among those 20 students was Princess Leonor, their eldest daughter/sister, who will be leaving between the end of August and the beginning of September, according to the Royal House’s press release in February, to be a part of the students beginning their journey in the Atlantic branch of the UWC program in Wales.

The three royals made the rounds greeting the students, and King Felipe pointed at his daughter in the lineup and joked about her leaving, which prompted laughter among the participants.

Princess Leonor carried out her double role as both a Princess and a student marvelously. Under the guidance of her father, she interacted with the rest of the students for most of the time, but when it came time to pose for the official picture (something that the Spanish Royal House does for every reception held in a Royal Palace), she took her institutional place next to her father.

UWC (United World Colleges) is an institution which counts 18 study centres around the world. It aims to promote inclusion, interaction and global cooperation, as well as making students more independent by having them face everyday tasks.

Princess Leonor will be one of many students, in Wales – though she is not the first royal, nor the first heir to the throne to attend the same college. Princess Elisabeth of Belgium, Duchess of Brabant, King Philippe’s daughter, finished up her two-year program at UWC Atlantic in May of 2020.