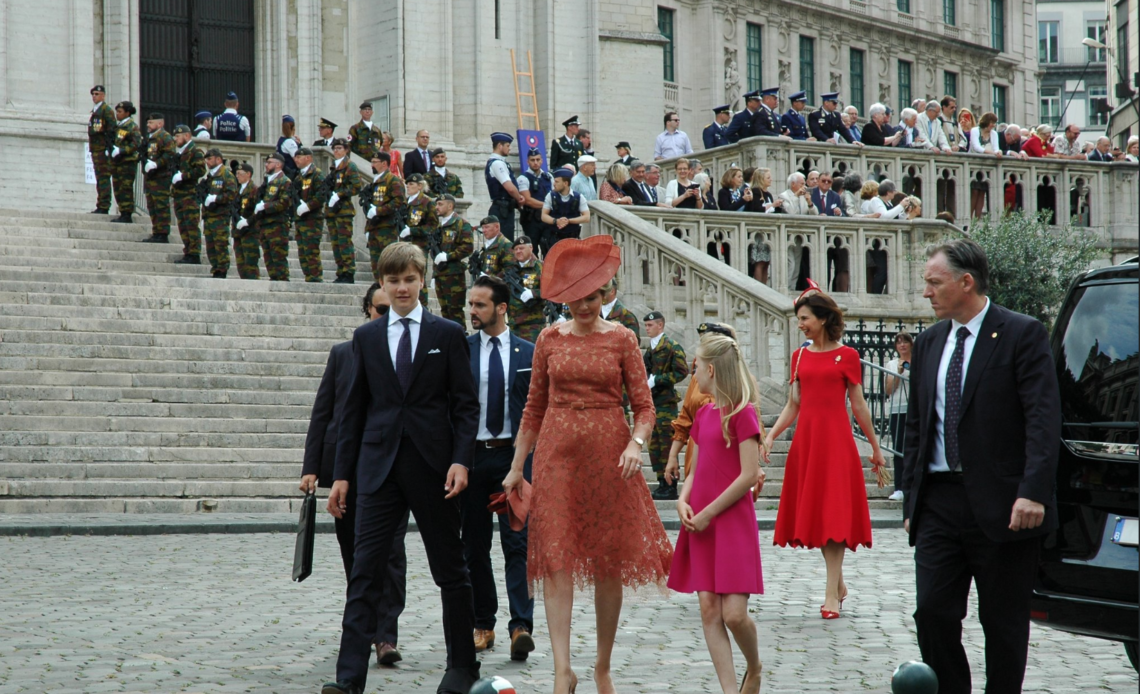 King Philippe and Queen Mathilde’s oldest son, Prince Gabriël has decided to quit hockey. The 16-year-old Prince of the Belgians is said to be very talented. It has, however, become impossible for the young man to combine his school work with his demanding hobby.

It has been revealed that Prince Gabriël of Belgium will not return to his hockey club, Royal Evere White Star for the new hockey season. The son of King Philippe and Queen Mathilde has been playing hockey for several years now. Both his parents have been seen supporting and cheering Gabriël on during various hockey matches with his team. Proud as he is, the King has been spotted taking pictures of his son in action.

People who have seen the young Prince play, state that he is a “very talented player”. Prince Gabriël, however, remains modest about his skills. When he attended the European Championships Hockey with his father in 2013, the younger brother of Princess Elisabeth was able to have a chat with the president of the German Hockey Federation. When asked how many goals he had made himself, Gabriël answered ’42’. His father, King Philippe corrected his son by stating he had made over 70 goals so far. Gabriël then confessed he didn’t wish to boast about his own accomplishments.

Despite his talent, Prince Gabriël has decided to stop playing hockey with his team. The Prince, who recently turned 16, is unable to combine his school work with his other hobbies and occasional official engagements with his parents and siblings. During the last season, Gabriël has suffered an injury twice. He was then forced to attend the annual Christmas Concert of 2018 and the National Day festivities in July 2019 wearing a plaster to support his leg.

Prince Gabriël will go back to school to the St. John Berchmans College in central Brussels. It is unknown whether the Prince will join his sister at school in Wales next year.