Who is entitled to a Princess title? 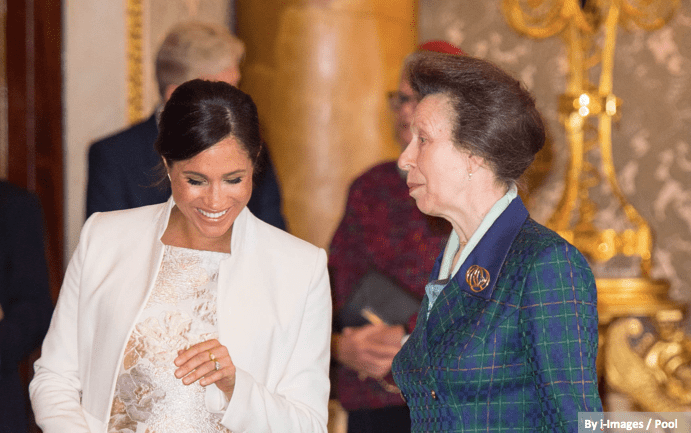 There has been a lot of discussion concerning who is entitled to call themselves a Princess followed by their first name in the British system. Many people get it wrong including the press, or shall I say, frequently the press. Many know by now, for example, that when Diana was Princess of Wales she was wrongly called Princess Diana by the media. Although she was a Princess of the United Kingdom via her marriage to HRH The Princes of Wales this did not entitle her to be called “Princess Diana” as that is reserved for British princesses born into the royal family. Princess Anne; The Princess Royal, Princess Beatrice of York and Princess Eugenie of York are prime examples. The correct title for Diana was, simply, HRH The Princess of Wales. The press, being sloppy, just called her Princess Diana, and they also sloppily call the Prince of Wales, simply Prince Charles. This may sound pedantic but the way to address royalty in the media is to call them by their correct styles and titles. For example it is not correct to call Princess Anne by her name in the press, it is correct to call her The Princess Royal.

This system is unique to Britain among the existing monarchies in Europe. The German monarchies, when they existed, used the British system. Well, to be more honest it was Britain that adopted the German system of how they titled the wives of princes when George I of Great Britain, originally the Elector of Hanover and Duke of Brunswick, came to the British throne in 1714. In places like Denmark and the Netherlands for example when a woman married into those royal families they are often created Princesses in their own right. For example when Marie Cavallier married HRH Prince Joachim of Denmark in 2008 she became Her Royal Highness Princess Marie of Denmark, Countess of Monpezat. When Máxima Zorreguieta Cerruti married the Prince of Orange (King Willem-Alexander) in 2002 she was created a Princess of the Netherlands in her own right and was styled HRH Princess Máxima of the Netherlands, Princess of Orange-Nassau.

There have been exceptions to when a member of the British Royal Family, who is not entitled to be called Princess and use their first names, has been allowed to stlye themselves as if they were born a British princess. One example is Princess Marina of Greece and Denmark. She was born a Greek and Danish Princess the daughter of Prince Nicholas of Greece and Denmark (a son of King George I of the Hellenes) and his wife Grand Duchess Elena Vladimirovna of Russia the daughter of Grand Duke Vladimir Alexandrovich of Russia and Duchess Marie of Mecklenburg-Schwerin. In November of 1934 Princess Marina married HRH The Duke of Kent (Prince George) the fourth son and fifth child of King George V and Princess Mary of Teck (Queen Mary).

This seems to have set a precedence. In 1974 with the death of HRH The Duke of Gloucester (Prince Henry) son of King George V and Princess Mary of Teck (Queen Mary), his widow, Alice, daughter of John Montagu Douglas Scott, 7th Duke of Buccleuch, petitioned The Queen to be allowed to style herself Princess Alice, Duchess of Gloucester. This permission was also granted. The significant difference between the sister-in-laws Marina and Alice was that Marina was born a Greek and Danish Princess in her own right while Alice was never a princess in her own right. Under the British system this did not matter, for to be called a Princess and to be allowed to use your first name is a right reserved only to those women born into the British Royal Family. All others must seek permission from The Queen to do so.