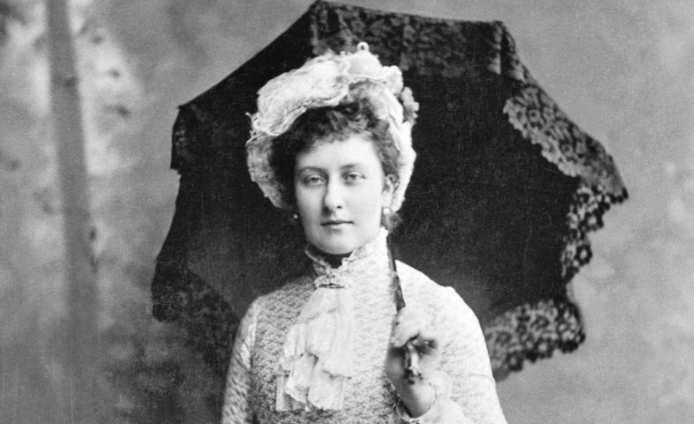 Princess Louise, the sixth child and fourth daughter of Queen Victoria and Prince Albert, holds an interesting spot in history. She supported higher education for women and feminist causes and was closely involved in the arts – not at all common for a Victorian princess. In opposition to her siblings, her mother wanted her to marry a British suitor rather than a foreign one. Louise married the Marquess of Lorne (and future Duke of Argyll), and they had no children. But did Princess Louise have a child in 1867 before she was married?

There are consistent rumours that Princess Louise had relationships with at least two other men (other than her husband) and that she gave birth to an illegitimate child in 1866/1867. The son of Sir Charles Laoock, Queen Victoria’s obstetrician, Frederick Lacock and his wife adopted a boy who was born on December 30, 1867. And many people believe that it is the illegitimate son of Princess Louise, from a relationship with Walter Stirling.

Stirling was Prince Leopold’s tutor, and Louise knew him well. Louise’s biographer, Lucinda Hawksley, believes that she became pregnant by him and gave birth in early 1866. There were 150 Scots Fusiliers guarding the Queen and her family, and though it was publicly stated that it was to guard against Fenian threats, Hawksley proposes that it may have had to do with the baby. (Queen Victoria’s lawyers were also called to the Queen at the end of 1867.) And Locock apparently began receiving a fairly large allowance shortly after adopting the boy and had been given a grace-and-favour apartment in St. James’s Palace. Hawksley believes this supports the theory that Louise is the mother – why would he have been given the allowance and apartment otherwise?

The baby in question was given the name Henry Locock, and given that he grew up in the Palace, he spent much of childhood playing with the royal children. However, he went a step further and told all of his children that Princess Louise was his mother, and the legend has passed down the family.

Nick Locock, his great-grandson, has pushed for DNA testing to prove that Louise is his mother, but the courts have not supported this. As it stands, it doesn’t seem entirely likely that Princess Louise would have had a child out of wedlock and been able to entirely hide her pregnancy and the baby. Louise was known for being the wild-child of Victoria and Albert’s children, but the question of her son remains just that, a question.