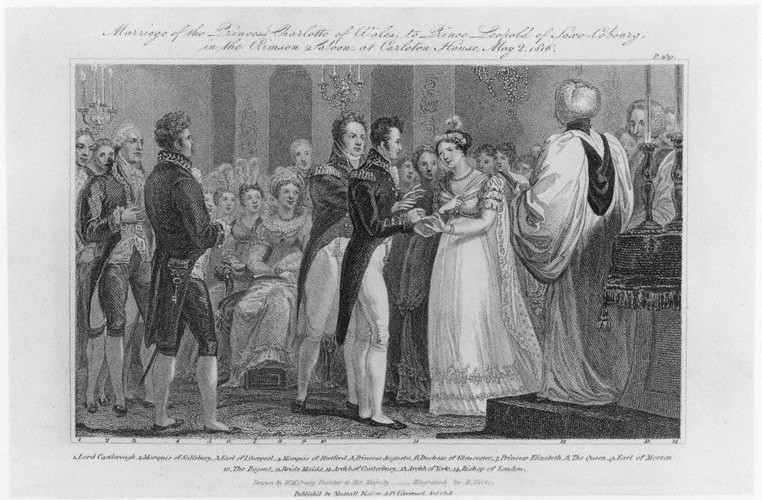 Princess Charlotte of Wales was the queen that Britain never had, and easily the most popular member of the Royal Family during her lifetime. When she died in childbirth aged just 21, she was deeply mourned by the British public, yet her story is so often consigned to a footnote in history.

Princess Charlotte was the only child of the Prince Regent – later King George IV – and his estranged wife, Caroline of Brunswick. Born in 1796, almost exactly nine months after their ill-fated marriage, Charlotte was caught in the middle of their very public war, always unclear with which of her parents her loyalties should lie. As a child she lived with neither of them; instead, she had her own household, with only governesses and servants for company. It was a lonely life; Charlotte was allowed minimal contact with her mother, and her father visited her only rarely. As she got older, she longed to attend court and other society gatherings, but her father often prevented this too, keeping her public appearances to a minimum. Perhaps because on the occasions she did appear, Charlotte was always enthusiastically cheered by large crowds, something he rarely experienced himself.

In 1813, Charlotte was persuaded by her father to accept an offer of marriage from the Prince of Orange, seeing this as a chance for greater freedom. However, already less than enthusiastic about the match, when it became apparent that she was expected to spend several months of the year in the Prince’s native Holland, Charlotte refused to marry him, arguing that it was not right for her to absent herself from the country she was to rule one day. Supported by her grandmother, Queen Charlotte, she eventually broke off the engagement, and in May 1816 married a man of her own choosing, the handsome Prince Leopold of Saxe-Coburg-Saalfield.

The British public rejoiced when Charlotte found freedom and happiness at last. Unlike her father, the young Princess was incredibly popular; her sufferings had won the public’s loyalty and support, and, as King George III’s only legitimate grandchild, she carried all their hopes for the future of the monarchy.

After their wedding, Charlotte and Leopold lived quietly at Claremont House in Esher, Surrey, spending their days almost entirely in each other’s company. Such behaviour – so different to that of her father, uncles and their mistresses, who were all notoriously extravagant and expensive – helped to increase the new couple’s popularity. Their mutual affection was said to be obvious to all, and when Charlotte’s pregnancy was announced in April 1817, it was met by the public with great delight and followed closely in the press.

The much-anticipated labour eventually began on 4th November. It was long and complicated, and after 50 hours, Charlotte gave birth to a stillborn baby boy. Tragically, at first she seemed to have survived the ordeal, but then, after becoming suddenly ill, she too died, cutting short a happy marriage and a bright future.

The news of her death led to an immense outpouring of national grief. One contemporary later wrote: “It really was as if every household throughout Great Britain had lost a favourite child.” Nearly every church in the country held a memorial service for Charlotte, shops were closed, and remained so for up to two weeks, and public buildings were draped with black. A fund was quickly established to raise money from the public for the building of a marble memorial. This was eventually built at St George’s Chapel in Windsor, where it still stands today, a testament to the affection in which Charlotte was held.

The nation’s grief had another, more tragic consequence though. As grief turned to anger, they looked for someone to blame, and much of that anger was focused on Charlotte’s attendant midwife, Sir Richard Croft. He was heavily criticised for both the restrictive diet he had prescribed for Charlotte during her pregnancy, and for his failure to intervene with forceps when her labour became difficult. Although he was absolved from blame by both a devastated Prince Leopold and the Prince Regent, unhappy and guilt-ridden he became the third victim of the tragedy, taking a pistol to his head just three months later.

Happily, for the British Monarchy, Charlotte’s sad story did have one positive outcome. Her death had placed the Hanoverians’ future on the British throne in doubt, and George III’s younger sons, now in their 40s and 50s, were at last persuaded to give up their mistresses and marry.

Within a year, the Dukes of Clarence, Kent and Cambridge had all found brides, and there were eventually four royal babies born in 1819, although only three survived. It was Princess Alexandrina Victoria, daughter of the Duke of Kent, who ranked highest in the line of succession, and it was she who became Britain’s next Queen. Without Charlotte’s death, it’s unlikely she would ever have been born, and Britain’s history might then have looked very different.