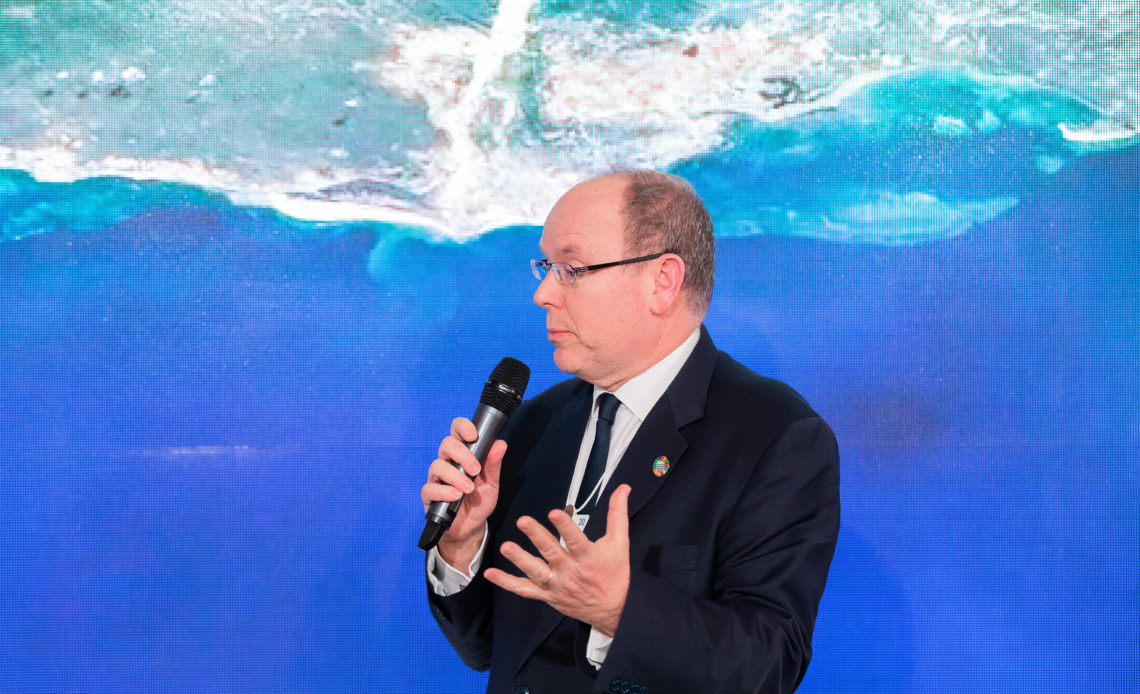 Because to save our planet, to change a system that destroys it step by step, we will need all the ideas, all the willings, all the mobilisable means. We will need to multiply the initiatives, from the most confidential to the most global ones, from the most classical to the most innovative ones. And we will need to do everything to convince the world to change with us. This is our destiny today, the destiny of our generations: taking these problems head on, to save this planet before it is too late. It is our responsibility and that is why we are here.

Protecting our planet for the generations to come is the driving force behind the Prince Albert II of Monaco Foundation. The Prince launched his foundation in June 2006, choosing to focus on “the protection of the environment and the promotion of sustainable development on a global scale.”

The foundation supports initiatives that are dedicated to environmental research and studies, technological innovation, and socially-aware practices. Its three main geographic areas of focus are the Mediterranean basin, where Monaco is located; the Polar Regions; and the least developed countries as defined by the United Nations.

In these areas, the foundation aims to limit the effects of climate change and promote renewable energies, safeguard biodiversity, and manage water resources and combat desertification.

To achieve these goals, the foundation establishes partnerships to carry out projects and implement activities in its three chosen geographic areas, as well as raising public awareness of the impact humans activities have on the environment. The foundation also awards prizes and grants to “outstanding initiatives and innovative solutions.”

Just a few of the current projects in progress include the Narwhal Translational Technologies Expedition, working to analyse narwhal evolution and adaptation in the Polar Regions; combatting deforestation in the tropical forest of the Wampis indigenous people in Peru; and water, sanitation, hygiene, and water resources management for underserved communities in Ethiopia.

Since 2008, awards have been given to individuals and organisations in the categories of biodiversity, water, climate change, and the “special award.”

“I wanted to create these awards to show my support to exceptional men and women who are committed to saving our planet,” Prince Albert said.

A trophy designed by sculptor Gilles Chabrier is presented to each winner by the Prince during a special ceremony each year. Past winners include Sir David Attenborough, Dr Jane Goodall, Leonardo DiCaprio, and African Parks Network.

A highlight of the foundation’s year is the annual Monte Carlo Gala for the Global Ocean, a major fundraiser to support the organisation’s initiatives to protect our oceans.

This glittering gala welcomes celebrities, artists, and philanthropists from around the world with musical performances, and an auction “filled with unique experiences, collectables and memorabilia, and a selection of fine art from some of the world’s most important artists.”

The fourth annual gala will take place on Thursday, 24 September at the Terraces of the Opera Garnier in Monaco; stay tuned for Royal Central’s coverage of the event.

For more information on the Prince Albert II of Monaco Foundation or to make a donation, visit their website.