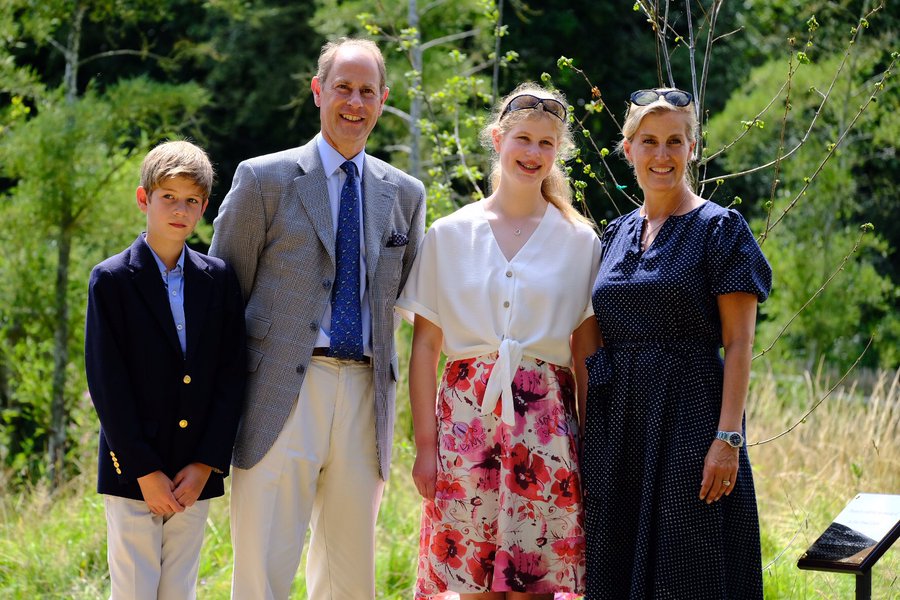 On this day in 1135, King Henry I died in Normandy, France. The fourth son of William the Conqueror was married to Matilda of Scotland, with whom he had three children, and to Adeliza of Louvain, after Matilda’s death. He also had at least twenty-four illegitimate children with various mistresses. The King reigned for 35 years and was succeeded by King Stephen.

On this day in 1935, Princess Victoria of the United Kingdom died at Coppins. She was the daughter of King Edward VII and the sister of King George V.

On this day in 1939, Princess Louise, Duchess of Argyll died at Kensington Palace. She had been born to Queen Victoria and Prince Albert at Buckingham Palace in 1848 as their sixth child and fourth daughter. Princess Louise married John Campbell, 9th Duke of Argyll but never had children.

Prince Philippe of Belgium married Mathilde d’Udekem d’Acoz on this day in 1999 in a civil and religious ceremony. As the heir to the throne, Philippe also held the title of Duke of Brabant, and Mathilde became Duchess of Brabant upon her marriage. The couple have four children: Princess Elisabeth, Prince Gabriel, Prince Emmanuel and Princess Eléonore. Philippe now sits on the throne as King Philippe after the abdication of his father, King Albert II, in 2013.

On this day in 1421, King Henry VI was born in Windsor Castle. When he acceded to the throne, he was only nine months old – making him the youngest person to ever succeed the English throne. King Henry VI also made history as the first monarch to be crowned as both the King of England and the King of France. The King married Margaret of Anjou, and they had one child, Edward, Prince of Wales. It is widely accepted that Henry VI was murdered following his deposition and that his demise was orchestrated by his successor, Edward IV.

On this day in 1861, Prince Albert of Saxe-Coburg and Gotha died from expected typhoid fever at Buckingham Palace in the presence of his wife, Queen Victoria, and five of their nine children. Albert was buried at St George’s Chapel in Windsor. Albert’s death resulted in his widow, Queen Victoria, entering into a period of mourning that would last the rest of her life, until her death in 1901.

On this day in history, the future King George VI was born at York Cottage on the Sandringham Estate in Norfolk. Prince Albert, as he was known, never expected to be King as he was the ‘spare’ to his elder brother, David, who would become King Edward VIII (until the abdication crisis of 1936). The King went on to marry Elizabeth Bowes-Lyon and have two daughters, Elizabeth (the present monarch) and Princess Margaret, The Countess of Snowdon. The King died in 1952 from lung cancer.

On this day in 2007, James, Viscount Severn was born in at Frimley Park Hospital in Surrey to Prince Edward and Sophie, The Earl and Countess of Wessex, as their second child. James is also the youngest grandchild of Queen Elizabeth and Prince Philip.

On this day in 1941, Prince William of Gloucester was born in Barnet, Hertfordshire to Prince Henry, Duke of Gloucester. The Prince was a grandchild of King George V and first cousins with Queen Elizabeth II. He was killed in 1972 in a plane crash whilst competing in a race.

On this day in 1902, Prince George, Duke of Kent was born at York Cottage on the Sandringham Estate to King George V and Queen Mary. The Prince had a scandalous background, as it was rumoured he had several affairs with both men and women whilst he was married to Princess Marina of Greece and Denmark. The Prince had three children and died in a plane crash in Scotland.

On this day in 1166, King John I was born at Beaumont Palace in Oxfordshire, England. The King is, perhaps, best remembered for losing the crown jewels and reportedly dying from dysentery after eating too many peaches. He is also remembered for signing the Magna Carta and not keeping his promises to protect various groups, resulting in the revolt of the barons. According to historians, King John was a cruel and selfish man and is frequently villainised in popular culture, such as in the Robin Hood stories. John was succeeded by his son, Henry III, upon his death.

On this day in 1936, Princess Alexandra, The Honourable Lady Ogilvy was born at 3 Belgrave Square, London. She is the daughter of Prince George, Duke of Kent and Princess Marina of Greece and Denmark.

On this day in 1694, Queen Mary II died at Kensington Palace. The daughter of King James II and niece of King Charles II was married to William III, and they ruled alongside one another in a joint reign. Her widowed husband continued as King following her death before he was succeeded by Mary’s sister, Queen Anne.

On this day in 2010, Savannah Phillips was born. She is the older daughter of Peter and Autumn Phillips, the first grandchild of Princess Anne and the first great-grandchild of Queen Elizabeth and Prince Philip. The young royal is 15th in line to the throne and has a younger sister named Isla.