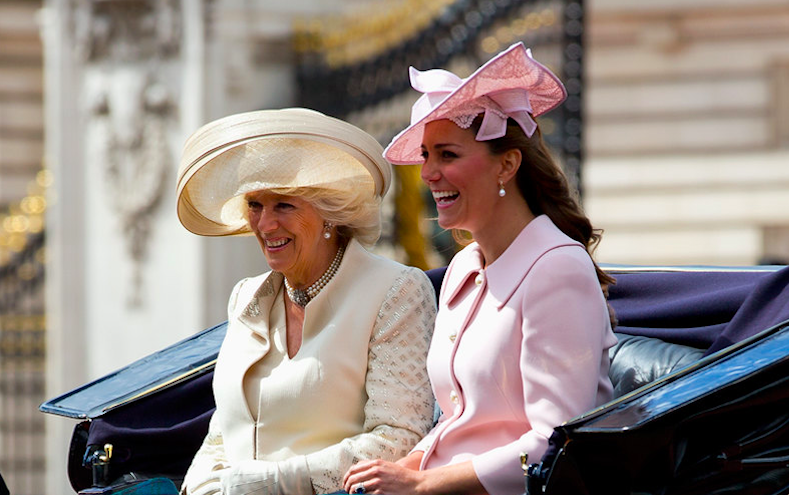 It is a well established constitutional convention that the wife of a King is styled as Queen Consort.

The last time we had a Queen Consort in Britain was back in 1936 when Queen Elizabeth acted consort as to her husband, King George VI, until his death in 1952.

However, the future of the title is uncertain as constitutional changes could be underway to accommodate the Duchess of Cornwall.

Earlier this year, Clarence House confirmed that it was still their intention for Camilla to become Princess Consort, saying: “The intention is for the Duchess to be known as Princess Consort when the Prince accedes to the throne. This was announced at the time of the marriage, and there has been absolutely no change at all.”

Despite Clarence House’s denial, Camilla will automatically become Queen Consort when Prince Charles ascends to the throne unless legislation is enacted by parliament to the contrary.

The process of trying to change the legal title of the wife of a king would be a constitutional nightmare.

In the UK, the House of Commons and the House of Lords would have to work to pass legislation, as would the legislative bodies of other Commonwealth realms, all for the sake of a title.

Should this legislation pass, it is possible that we may never see a Queen Consort again, with all future wives of Kings being styled as Princess Consort.

Naturally, this would impact the Duchess of Cambridge who at the moment is destined to become Queen when William becomes King.

Speaking to Royal Central, royal historian and author Marlene Koenig said any move to make Camilla Princess Consort could ‘set a terrible precedent’ for the Duchess of Cambridge.

Mrs Koenig said: “It could set a terrible precedence for Catherine. When Charles dies and William succeeds, there could be an announcement that Catherine will be styled as Princess Consort.

Mrs Koenig added: “Camilla should be styled as Queen Consort. The past is the past. She will be the wife of the King and she remains an active member of the royal family.”

An expert’s perspective, by Marlene Koenig – royal historian and author

“The tradition in Western monarchies is that the wife of the King is a Queen. This is very similar to women, when they marry, and they become Mrs. John Smith.

“Yes, the attitude toward taking a husband’s surname or the use the formal use of Mrs. John Smith has changed, but when it comes to the wife of a king, she has the same rank.

“In the UK, a wife takes her husband’s rank and title unless her rank or title is higher. This would apply to a peeress in her own right or a Queen regnant.

“A princess cannot pass her rank and title to her children except in special circumstances, such as the Letters Patent George VI issues in 1948 shortly before then Princess Elizabeth gave birth to Charles.

“Without this Letters Patent, Charles would have been styled as the Earl of Merioneth and Anne as the Lady Anne Mountbatten until their mother succeeded to the throne, when they would have achieved royal rank.

“It could set a terrible precedent for Catherine. When Charles dies and William succeeds, there could be an announcement that Catherine will be styled as Princess Consort.