A first look at The Queen’s Christmas Broadcast 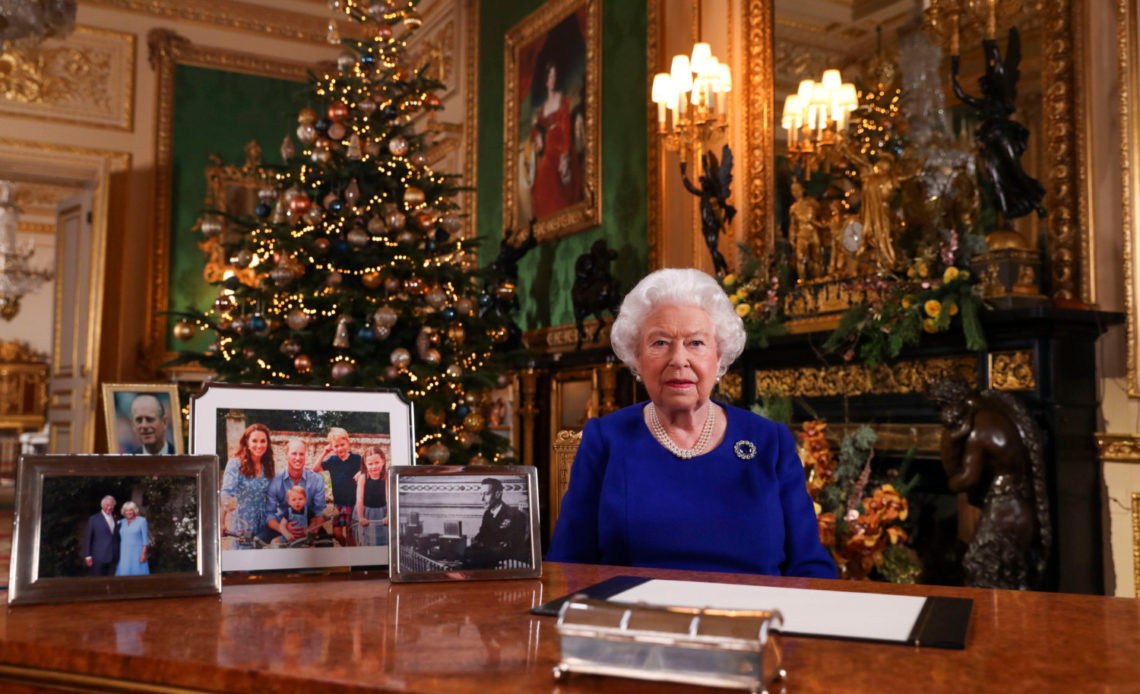 Ahead of The Queen’s annual Christmas broadcast will be broadcast on Christmas Day, Buckingham Palace has released a short preview in which Her Majesty admits it has been a “bumpy year.”

The 2019 Christmas broadcast was filmed in the Green Drawing Room at Windsor Castle and was produced by the BBC.

In her annual address to the United Kingdom and the Commonwealth, The Queen will talk about the life of Jesus and the importance of reconciliation.

Her Majesty will talk about how “how small steps taken in faith and in hope can overcome long-held differences and deep-seated divisions to bring harmony and understanding.”

She will also admit that 2019 has not been an easy year, saying “The path, of course, is not always smooth, and may at times this year have felt quite bumpy, but small steps can make a world of difference.”

The Queen will also talk about the commemorations which took place this year to mark the 75th anniversary of D-Day.

Her Majesty will say: “For the Seventy-Fifth Anniversary of that decisive battle, in a true spirit of reconciliation, those who had formerly been sworn enemies came together in friendly commemorations either side of the Channel, putting past differences behind them. . .

“By being willing to put past differences behind us and move forward together, we honour the freedom and democracy once won for us at so great a cost.”

This is just a snippet of what the 93-year-old monarch will say in her speech which will be broadcast at 3pm on Christmas Day in the United Kingdom.

Her Majesty is wearing a royal blue cashmere dress designed by Angela Kelly – an item she first wore in June 2013 at The Queen’s Birthday Parade.

She is also wearing the Prince Albert brooch which was given by Prince Albert to Queen Victoria in 1840, and was worn on their wedding day.

Surrounding The Queen as she delivers her message are pictures of her nearest and dearest, including a portrait of the Prince of Wales & the Duchess of Cornwall, an image of the Cambridge Family, and a photo of Her Majesty’s father, King George VI.

On the table behind Her Majesty is a picture of the Duke of Edinburgh, and an image of The Queen meeting Apollo 11 astronauts Michael Collins, Neil Armstrong and Buzz Aldrin at Buckingham Palace, 1970.