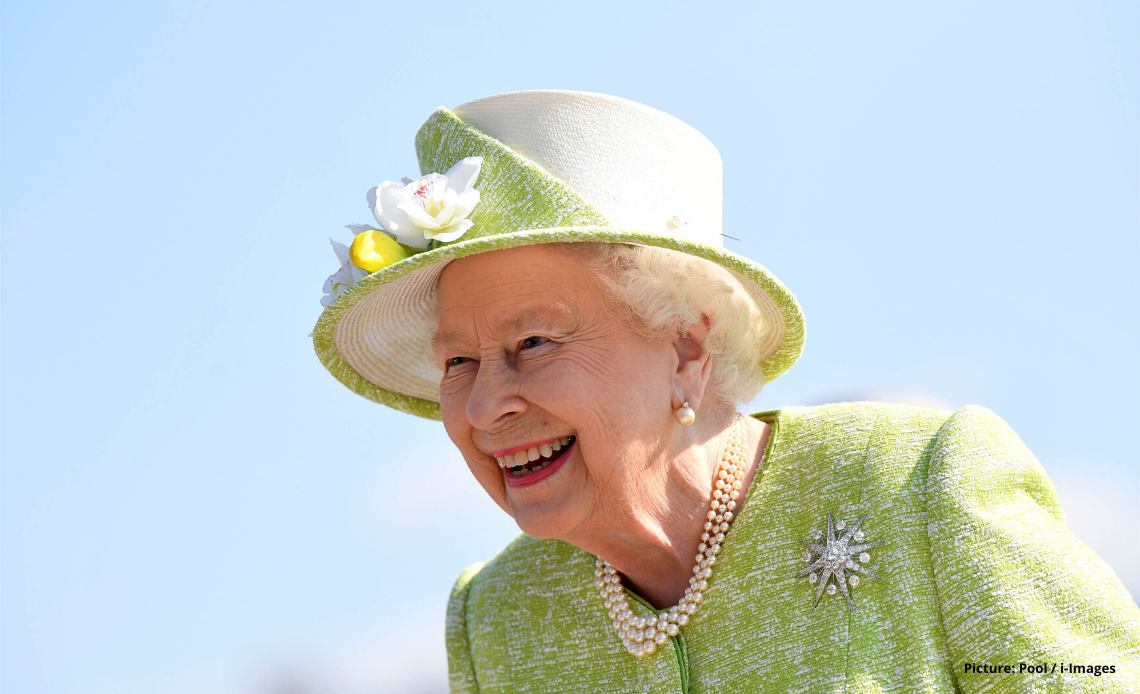 On this day in 1863, Princess Victoria of Hesse and by Rhine was born at Windsor Castle, Berkshire. She was the daughter of Princess Alice, daughter of Queen Victoria and Prince Albert. She was married to Prince Louis of Battenberg and had four children, two of whom were Princess Alice of Greece and Denmark – the mother of Prince Philip, Duke of Edinburgh – and Lord Louis Mountbatten.

On this day in 2005, Prince Charles married Camilla Parker-Bowles at Windsor Registry Office. Both royals were previously married and had a wedding reception at St George’s Chapel. Camilla is entitled to be called the Princess of Wales but due to its association with the late Diana, Princess of Wales, she chose to be known as the Duchess of Cornwall.

On this day in 1867, Prince Christian was born at Windsor Castle as the son of Princess Helena of the United Kingdom and Prince Christian of Schleswig-Holstein. The Prince died in 1900 in Pretoria, South Africa after a bout of malaria.

On this day in 1857, the youngest child and ninth child of Queen Victoria and Prince Albert was born at Buckingham Palace. Princess Beatrice married Prince Henry of Battenberg in 1885, and they had four children.

Prince Philippe of Belgium on this day to Prince Albert and Princess Paola. After his father took the throne, he became the Duke of Brabant and ascended the throne himself, upon the abdication of his father, in 2013. He’s married to Queen Mathilde, and they have four children.

On this day in 1969, Queen Victoria Eugenie of Spain (born Princess Victoria Eugenie of Battenberg) died in Switzerland. The daughter of Princess Beatrice of the United Kingdom and Prince Henry of Battenberg was the Queen Consort of Spain after her marriage to Alfonso XIII of Spain. They had seven children, one of whom was Infante Juan of Spain, the father of King Juan Carlos of Spain.

Princess Margrethe of Denmark was born to the future King Frederick IX and Queen Ingrid in Copenhagen. She became the first female Danish sovereign after Denmark changed the laws of succession to allow women to ascend the throne. Margrethe became Queen of Denmark in 1972.

On this day in history, Queen Elizabeth II was born in Mayfair to Prince Albert and Elizabeth Bowes-Lyon. At the time of her birth, she did not expect to become monarch as her grandfather was King George V and her uncle David was expected to become King. Queen Elizabeth suddenly became heir apparent after the abdication crisis of 1936 when her uncle, King Edward VIII abdicated to marry his American divorcee love, Wallis Simpson. Her Majesty is the longest-serving monarch in British history. The ruler has four children, eight grandchildren and eight great-grandchildren.

Princess Margaret of Prussia was born on this day in 1872. The youngest child of Princess Victoria, The Princess Royal and German Emperor Frederick III was the elected would-be Queen of Finland, however, her husband, Prince Frederick Charles of Hesse rejected the opportunity to rule Finland. She had six children, three of whom died in both World Wars One and Two.

On this day in 1922, Prince Leopold, Lord Mountbatten died at Kensington Palace during a hip operation. The Prince was the son of Queen Victoria’s youngest daughter, Princess Beatrice, and Prince Henry of Battenberg. During World War One, King George V changed the name of the Royal Family from Saxe-Coburg and Gotha to Windsor. In response to this, Leopold renounced his Germanic title of ‘Prince of Battenberg’ and became Lord Leopold Mountbatten.

On this day in history, the third child of the Duke and Duchess of Cambridge was born at St. Mary’s Hospital, Paddington in 2018. Prince Louis Arthur Charles of Cambridge’s first official appearance was on the balcony of Buckingham Palace at the Trooping of the Colour in 2019.

On this day in history, the divorce of The Princess Royal and Captain Mark Phillips was officially announced. The couple married on November 14, 1973, at Westminster Abbey. They have two children, Peter Phillips and Zara Tindall.

On this day in 1843, Princess Alice, the daughter of Queen Victoria and Prince Albert, was born at Buckingham Palace in 1843. The Princess went on to have seven children with her husband Louis IV, Grand Duke of Hesse.

On this day in 1897, Princess Mary, Countess of Harewood was born at York Cottage on the Sandringham Estate. The only daughter of King George V and Queen Mary was the sister of King Edward VIII and King George VI. She had two children and was married to Henry Lascelles, 6th Earl of Harewood.

After several years of asking for her hand in marriage, Prince Albert, Duke of York married Elizabeth Bowes-Lyon in 1923 at Westminster Abbey in London. The couple had two daughters, Princess Elizabeth and Princess Margaret. They later became King George VI and Queen Elizabeth after the abdication crisis of 1936.

On this day in 1931, Prince Albert, Duke of Schleswig-Holstein died in Germany. He was the second son of Princess Helena – daughter of Queen Victoria. The royal never married and had one illegitimate child. He died in Germany in 1931.

Today is the wedding anniversary of The Duke of Cambridge and Duchess of Cambridge. The couple met at St. Andrews University in 2001 and married on April 29, 2011, at Westminster Abbey after getting engaged in Kenya.