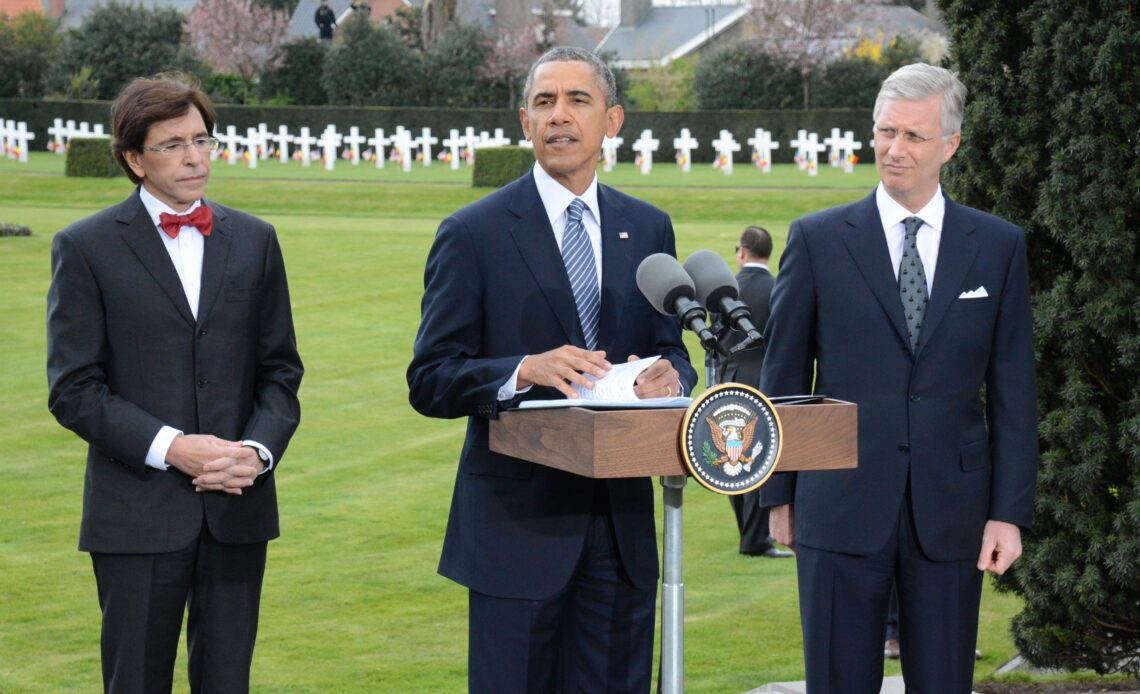 King Philippe of the Belgians will hold an audience with the President of the United States, Joe Biden, in Brussels on June 15th 2021. The meeting will happen in the context of two global summits taking place in Brussels on the 14th and 15th of June: a NATO summit and a EU-American summit.

But this will not be the first time His Majesty has interacted with United States Presidents. King Philippe ascended to his country’s throne in July 2013. The following year marked the celebrations for the 70th anniversary of D-Day, which meant a lot of international events.

In June, the commemorations continued. On 4th June, President Obama was received at the Royal Palace in Brussels, again with Prime Minister Di Rupo in attendance. After the meeting, King Philippe was joined by his wife and the Royal couple attended, together with many other heads of State and Government (including President Obama) a commemoration for Poland’s liberation.

On 6th June 2014, President Obama was again welcomed in Normandy by King Philippe and Queen Mathilde, alongside many other Government representatives, to commemorate D-Day. Afterwards, a Heads of State meeting was held at Benouville Castle.

In 2017, it was President Trump’s turn to get the Royal treatment in Belgium. On the 24th of May, the United States President was received at the Royal Palace in Brussels, together with his wife, First Lady Melania Trump, who was welcomed by Queen Mathilde. The meeting lasted approximately 20 minutes, a standard length for such encounters, and was followed by a more “political” audience between President Trump and Belgian Prime Minister Charles Michel.

The following day, 25th May, President Trump and King Philippe met again, this time in the context of a NATO summit in the newly inaugurated NATO quarters in Brussels.

June 15th will not be the first time King Philippe has met President Biden, either. The two shared a meeting on 29th June 2011, when Philippe was still the Duke of Brabant and Joe Biden was serving as Barack Obama’s Vice President.

All visits between Royals and political figures are bound to create some tensions, and that was certainly the case with former President Trump; during his visit in 2017, Brussels was stricken by several protest rallies, demanding more attention to climate change and women’s rights. However, it is to be remembered that members of royal families  can’t express political opinions and should serve their country’s diplomatic efforts; meetings are therefore inevitable and should be viewed as a boost to the country’s status in the world.