A Duchess’s trip to honour her mother 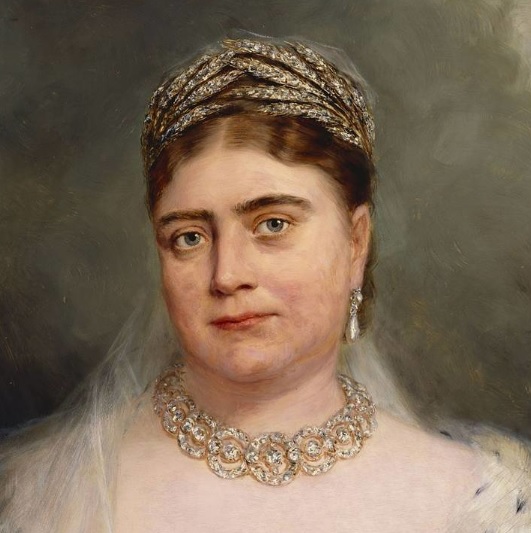 No one knew it at the time but on August 4th 1900, a woman who would change the course of royal history had made her debut. The birth of a daughter to Claude and Cecilia Bowes-Lyon didn’t trouble the papers of the day one jot. But as baby Elizabeth, later queen and empress, settled into her royal nursery, another royal woman who would have a major impact on her life was claiming all the headlines.

In 1900, Mary of Teck was Duchess of York and wife to the second in line to the throne. And as the age of Victoria wound gently to an end, she was increasingly becoming the public face of a royal family that was carving a new role for itself. Mary had a sharp nose for canny PR appearances and on August 4th 1900, the papers were reporting a rather poignant event she had just attended that tugged at the heart strings while supporting those who needed a real boost.

The main royal engagement written about on the day that Elizabeth, later Queen Mother, was born involved Mary making a pilgrimage to a spot close to her own mother’s heart. The trip had, in fact, taken place several days earlier but The Queen, The Lady’s Newspaper was one of several writing about Mary’s latest outing on what would turn out to be an historic day.

Mary had headed to Leek in north Staffordshire to open a Silk Technical School in the town. Accompanied by her husband, George, Duke of York she was greeted by the Duke and Duchess of Sutherland and made her way, by carriage, through the streets which were decorated with evergreen arches. On arrival at the school, she presented with a bouquet before heading inside to see the silk industry in action.

It was another example of a pattern set by her grandmother by marriage, Queen Victoria, who had used the long standing interest in royal fashion to promote the homegrown industries making fabric and clothes. But there was another special touch to this engagement. For Mary’s mother, Mary Adelaide, had shown a particular passion for the silk industry and the work in Leek itself. Those involved with the new school, set up to improve silk manufacturing in the town, had hoped that Mary would honour both them and her mother’s memory with a visit as their new venture began and they weren’t disappointed.

Mary, ever practical, showed a deep interest in the work going on around her and was treated to a display of some of the finest products at the mills. She was also given ”an illuminated address, framed in silk” as well as a specially made casket.

There was little other homegrown royal news in the papers that August day. Then, as now, the holiday season was under way and royal engagements were sparse while Queen Victoria and her family were also in mourning as her second son, Alfred, had died just days earlier in Germany. The aftermath of the assassination of the King of Italy at the end of July still made headlines, too.

What would turn out to be the big royal event, the birth of a future Duchess of York who would go on to wear a consort’s crown, troubled no one. All interest was focused, instead, on a tribute from a duchess to her mother.