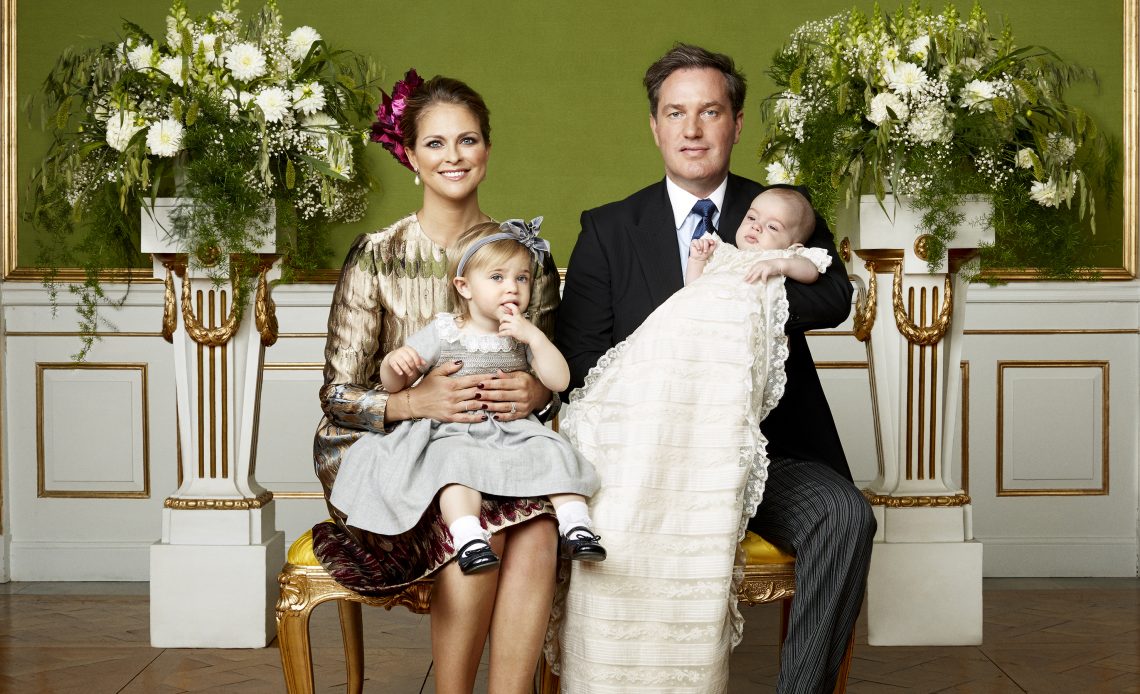 Ahead of the June christening of their baby sister, Princess Adrienne, we are taking a look back at the christenings of Princess Leonore and Prince Nicolas of Sweden into the Lutheran faith.

Princess Leonore Lilian Maria, Duchess of Gotland, was born in New York City on 20 February 2014 at Weill Cornell Medical Center to Princess Madeleine and Christo. She was christened on her parents’ first year marriage anniversary (the same day Princess Adrienne will be baptised) on 8 June 2014 in the Royal Chapel of Drottningholm Palace.

The Archbishop of Sweden, Anders Wejryd, performed the ceremony (which was in both Swedish and English due to her father being American-British). Her godparents are Crown Princess Victoria (maternal aunt), Tatjana d’Abo (paternal aunt), Count Ernst Abensperg und Traun (paternal uncle by marriage), Patrick Sommerlath (maternal cousin) and Alice Bamford and Louise Gottlieb (friends of her parents).

Little Leonore was gifted children’s books by the Riksdag (Sweden’s parliament) and the Swedish government. There were readings from Mark 10, 13-16; Matthew 28, 18-20; and Galatians 3, 27-28. Ther christening ended with the singing of Hymn 201. You can view the programme for the baptism here.

Prince Nicolas Paul Gustaf, Duke of Ångermanland, was born on 15 June 2015 at Danderyd Hospital in Danderyd, Sweden. He was christened four months later on 11 October 2015 in the same location as his older sister. The Archbishop of Uppsala, Antje Jackelén performed the ceremony where Nicolas cried throughout, and as with Leonore, it was in both English and Swedish.

Nicolas was also gifted children’s books by the Riksdag (Sweden’s parliament) and the Swedish government. The programme, in Swedish and English, for his christening can be viewed here. There were readings from Mark 10, 13-16; Matthew 28, 18-20; and Galatians 3, 27-28.

Like their grandfather, mother, aunt, uncle and cousins, they both wore the Swedish Royal Family’s antique christening gown; it was first worn in 1906 by the future King Gustaf VI Adolph. Their names and the dates of their christenings were embroidered on the gown after the ceremonies. As is the tradition, both were presented with their Order of the Seraphim by the King, but they will not wear it again until they are 18.

After both ceremonies, the King and Queen hosted a reception for the guests at Drottningholm Palace’s Karl XI’s Gallery. There, the Princess and Prince were placed in Karl XV’s cradle while their parents greeted the guests in Ehrenstrahls Hall.

Leonore and Nicolas’s christenings were aired live on SVT, and Adrienne’s will be broadcast the same on 8 June.