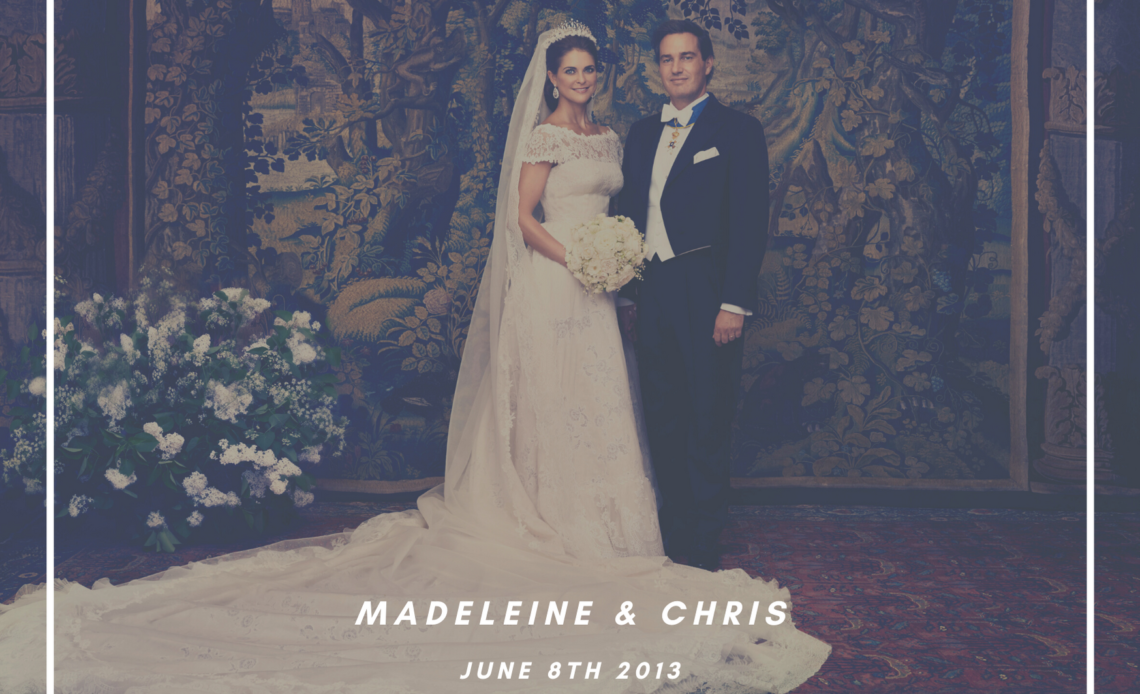 After a broken engagement a few years earlier, Princess Madeleine of Sweden finally found the love of her life after fleeing to New York City to heal her broken heart. There, through mutual friends, she met American-British financier Christopher “Chris” O’Neill.

They appeared for the first time in public together in January 2011 and the relationship might have stayed quiet for longer had a Spanish tourist not videoed their meeting at the Boathouse in Central Park on her mobile and sent it to the Swedish media. Their engagement was officially announced on 25 October 2012 after Chris had proposed earlier that month in New York after having asked her father’s permission while in Sweden.

Chris requested to remain a private citizen and keep his dual American-British citizenship and work in the financial sector. It was announced in December that their wedding was scheduled for 8 June 2013 in the Royal Chapel of Stockholm Palace. There was tremendous media interest in the nuptials with a live broadcast in all the Nordic countries, as well as Austria, Netherlands, Belgium, China and Japan.

Ahead of the wedding, the Princess said, “I’m hoping for a beautiful day with beautiful weather, which is what probably all brides to be hope for. I would be so pleased if Stockholm can look its best.”

The ceremony was held in both English and Swedish, with Chris reciting his vows in his native English and Madeleine in her native Swedish.

Madeleine wore a gown by Valentino and was escorted a little over halfway up the aisle by her father. Swedish tradition usually has the bride and groom walk in the chapel together, but Madeleine followed in her older sister, Victoria’s footsteps by having her father walk her partially down the aisle before meeting Chris to walk the rest of the way.

She later told Svenska Dagbladet that she wished the speeches at her wedding reception from her father, siblings, Chris, and his sister had been aired on television because they were so emotional and sweet. Pictures later revealed the couple’s wedding cake which was made up of 700 macarons in the shape of a pyramid.

Chris did not receive a title or Swedish citizenship in accordance with his wishes to remain a private citizen. He, therefore, retained his dual American-British citizenship and has continued to work in the financial sector.

Three months after their wedding, it was announced that Madeleine was expecting their first child. At the time, the family was living in New York; Princess Leonore was born on 20 February 2014. Their second child, Prince Nicolas, was born a little over a year later in Stockholm on 15 June 2015. On 9 March 2018, their third child, Princess Adrienne was born in Stockholm.

Princess Madeleine and Chris O’Neill’s wedding is featured in a new anthology from Royal Central. Royal Weddings, A Collection is on sale as a paperback and an ebook at Amazon.