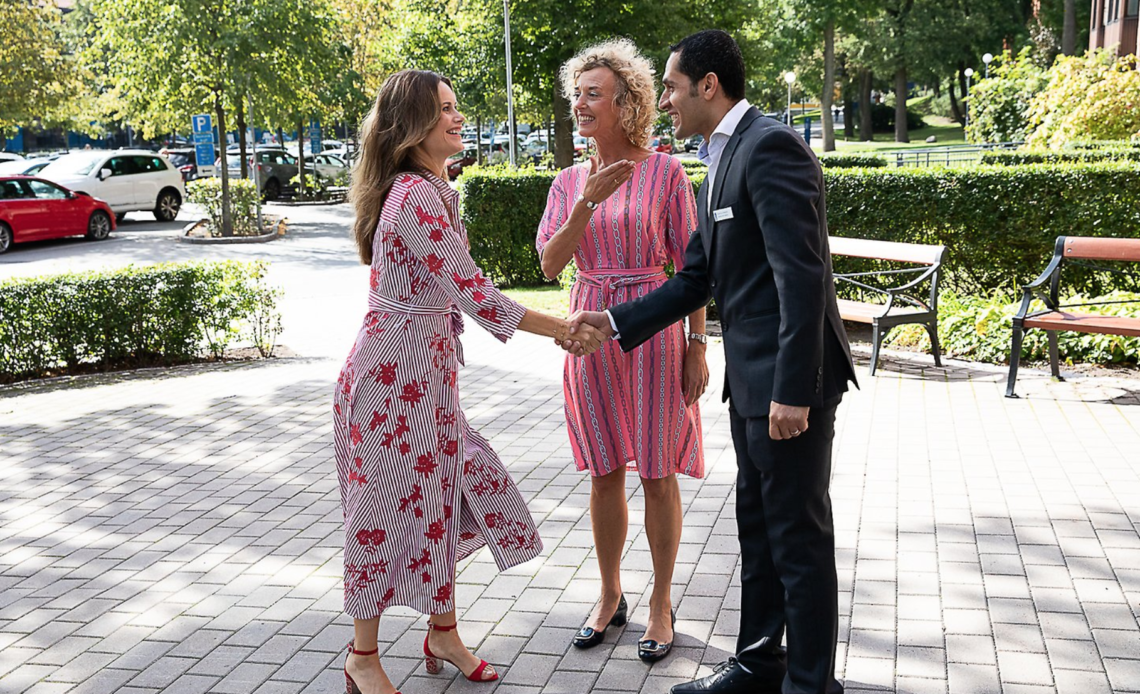 Princess Sofia of Sweden has followed a three-day medical training emergency course to relieve the work of health care professionals who treat patients with coronavirus. The Princess is to start working at Sophiahemmet Hospital, of which she is Honorary Chair, soon.

Sophiahemmet University has, therefore, offered an online emergency training, initially intended for 30 people. It is mostly the staff of SAS, a Swedish airline, and the staff of hotels and restaurants who participated in this course as they are now temporarily unemployed. Now 80 people a week are trained at the university of which Princess Sofia was a participant.

The Swedish Royal Court has confirmed this news and added that the Princess will start to work at Sophiahemmet Hospital soon. Her Royal Highness will work as a support staff member.

As Honorary Chair of Sophiahemmet since 2016, the Princess is very familiar with the institution. “In the crisis we find ourselves in, the Princess wants to get involved and make a contribution as a voluntary worker to relieve the large workload of health care professionals,” the Royal Court stated.

Sophiahemmet’s spokeswoman Pia Hultkrantz gave some insight into the work that these supporting staff will carry out. She said: “They’re going to relieve the health care professionals during this crisis so that those who are trained to care can actually do it. In other words, anyone who attends this training will not have any patient-close care. They can disinfect equipment, do shifts in the kitchen and cleaning. Regardless, none of the course participants will work directly with corona patients.”

Fortunately, Sophiahemmet Hospital currently doesn’t have any patients with coronavirus, but preparations have been made to help people with COVID-19. They also had to change their care routines as they have to pay more attention to hygiene and take precautions.

Sophiahemmet Hospital is associated with Sophiahemmet University which offers the courses. The hospital has a long relationship with the Swedish Royal Family that dates back to 1884. At that time, Queen Sophia of Sweden and Norway sponsored the nursing education that was offered at the university. Princess Sofia became Honorary Chair of the institution in 2016, following in Princess Christina’s footsteps who had been its Honorary Chairwoman since 1972.