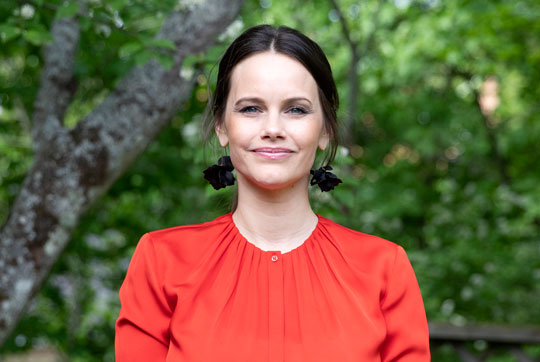 Orthodox Christians have celebrated Easter, and Princess Sofia of Sweden took part in a special Easter service in honour of Ukrainians in Sweden.

Many royals around the world decided to attend Easter services in traditionally Ukrainian churches to show their support and solidarity with the people of the besieged country.

In Sweden, King Carl XVI Gustaf decided to open the Royal Chapel of Stockholm Palace to the traditional Orthodox Easter service and tasked Princess Sofia with welcoming all guests.

She was helped by Chapel Pastor Michael Bjerkhagen, Chaplain to the King, as well as the officiant for many royal functions, including Prince Carl Philip and Princess Sofia’s wedding in 2015.

However, the ceremony was mostly officiated by Father Cyril Hovorun, a Ukrainian Orthodox pastor, and mostly sung in Church Slavonic, a language typically used for Easter European Orthodox services.

Two moments stood out as particularly poignant in an already emotionally charged service. The singing of the so-called “Prayer of Peace” (“Tebje Pajom” in original), a piece that has been echoing Ukraine’s streets since the beginning of the war, and the reading of Psalm 31 by Pastor Michael Bjerkhagen.

The latter is from the Old Testament and has been almost omnipresent in all religious services in Ukraine since the Russian invasion because of the prophetic message of “in thee, o Lord, do I put my trust.”

At the end of the service, all 400 participants were treated to Easter eggs and Pascha, Ukraine’s traditional Easter pastry. Among the congregation, the most notable guest was the Ukrainian Ambassador to Sweden, Andrii Plakhotniuk, with his family.

Also present outside the Royal Chapel was a delegation of Red Cross volunteers who were offering support and counsel to the many refugees who have made their way to Sweden to escape the war.

The Royal Chapel added on Sunday another chapter to its already rich history. It was the theatre of many weddings and christenings, as well as funerals. Most recently, Princess Estelle and Prince Oscar were christened there, and it hosted Princess Madeleine and Chris O’ Neill and Prince Carl Philip and Princess Sofia’s weddings, as well as the funeral of Princess Lilian.