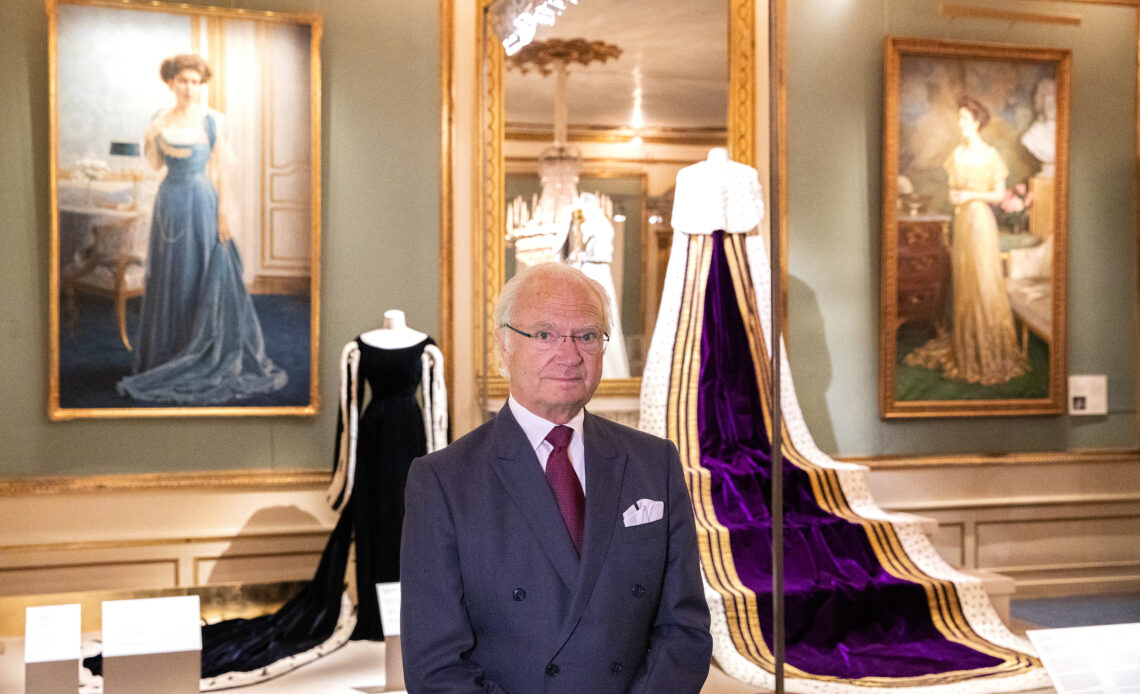 King Carl XVI Gustaf and Queen Silvia visited the Riksdag on August 23rd to officially inaugurate a portrait medallion gifted to the Swedish king for his 75th birthday earlier this year.

The King was forced to curtail celebrations for his 75th birthday, 30 April, due to the pandemic. The portrait medallion, made of plaster, now hangs outside of the Finance Committee session hall, near the portrait medallion of King Gustav VI Adolf, his grandfather and predecessor.

King Carl XVI Gustaf and Queen Silvia were received outside the Riksdag—the Swedish parliament—by Speaker Andreas Norlén before entering the building and meeting with Ibrahim Baylan, Minister for Enterprise, who was representing the government.

The royal couple then attended a lecture by Magnus Olausson who spoke of royal portraiture and medallions used throughout Swedish history during his short lecture. He works at the National Museum.

Then, King Carl XVI Gustaf and Queen Silvia were joined by the President and Prime Minister, as well as sculptor Ernst Nordin, who created the medallion, to unveil the birthday medallion at a small ceremony.

King Carl XVI Gustaf’s birthday was a more subdued affair due to the ongoing global health crisis. He marked the day with audiences from the Riksdag, the government, and the Swedish Armed Forces at the Royal Palace in Stockholm.

The King also enjoyed a 21-gun salute and a flypast from the Team 50 Display Team, which flew Saab Safir aircrafts from the Swedish Vintage Aircraft Association.

In lieu of public gifts or audiences, which were cancelled due to the pandemic, King Carl XVI Gustaf instead asked that people donate to charity, particularly to Stockholm’s city missions, which are located in Eskilstuna, Gothenburg, Kalmar, Linköping, Skåne, Stockholm, Umeå, Uppsala, Västerås and Örebro.

The next major celebration for King Carl XVI Gustaf will come on 15 September 2023, with his Golden Jubilee. He is already Sweden’s longest-reigning monarch, having surpassed the previous record on 26 April 2018 at 44 years and 223 days (the previous holder was Magnus Eriksson, who reigned from 1319 to 1364).