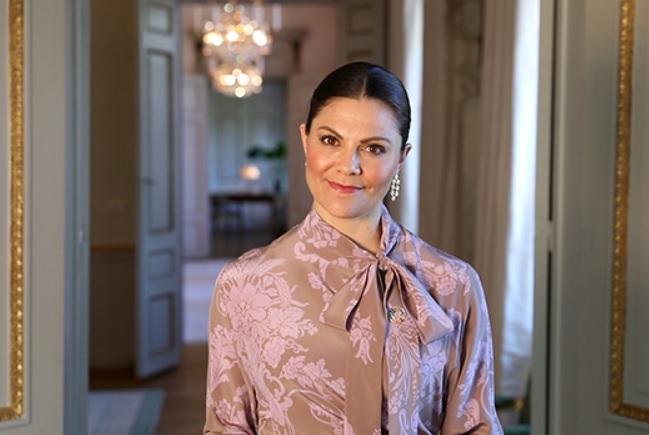 Friday, the first day of October, marked the beginning of Breast Cancer Awareness Month, a campaign traditionally represented with a pink ribbon.

Crown Princess Victoria of Sweden has supported this cause for the past 13 years, and every year the Swedish Royal Household releases a picture of the Heir to the Throne wearing the year’s pink ribbon design to mark the first day of the month.

Despite the global situation, 2021 was no different from previous years, and on Friday, the traditional photograph was released.

Each year, approximately 8,200 people in Sweden receive a breast cancer diagnosis, of which around 60 are men. Breast cancer is the most common cancer for women, and today, thanks to constantly advancing research, about 87% of women who receive this diagnosis live 10 more years.

The pink ribbon campaign has been ran globally since 2003, and is aimed at spreading awareness and funding further research for something that, to this day, doesn’t have a definite cure.

For Sweden, this year’s ribbon design was created by fashion and costume designer Selam Fessahaye. As a curiosity, the 2021 design for Belgium’s ribbon was created by Princess Delphine, King Philippe’s half-sister.

As the month progresses, many Royals around Europe and the world will undoubtedly add their voices to the campaign, lending their visibility to combat this horrible disease once and for all, and to fight for expanded access to screenings for early diagnosis and adequate healthcare and post-therapy care for everyone.