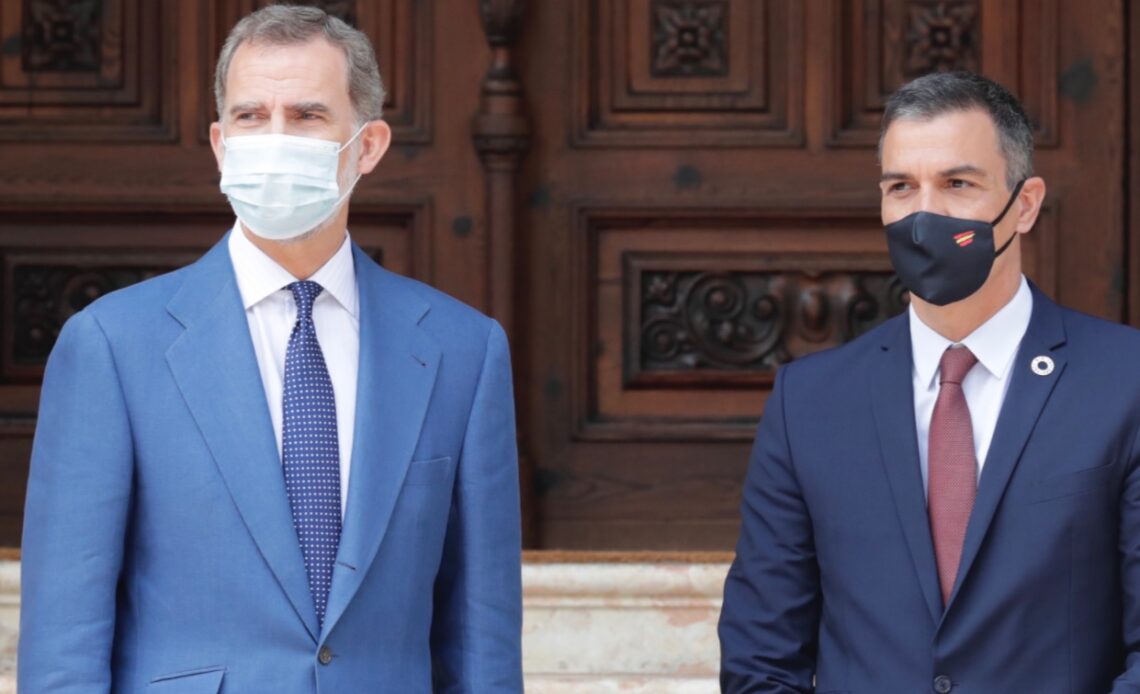 The leader of Spain’s main opposition party has claimed that the government is hiding the royals away on visits to Catalonia. The accusation came after King Felipe and Queen Letizia travelled to Barcelona on a visit that was only made public once they had arrived.

Usually, the Spanish Royal Family publish their diary for the week ahead on a Friday. But the trip, on December 21st 2020, came as a surprise. The couple were in the Catalan city to present the Cervantes Prize for Literature in the Castilian language to poet and architect, Joan Margarit. It is one of the most important prizes for literature in Spain.

Felipe and Letizia attended a small reception at the Albeniz Palace in Barcelona, along with just a handful of people, all wearing masks as required by the coronavirus pandemic measures in Spain.

Taking to social media after the visit became public, Pablo Casado accused the country’s socialist coalition government of ”being capable of even hiding the King and Queen” in order not to ”upset their independence seeking colleagues”. Pablo Casado is the leader of the Popular Party, the main conservative grouping in Spain.

Visits to Catalonia by the Spanish royals have become more controversial in recent years following the referendum there on independence in 2017 which saw a majority vote to break away in a poll declared illegal beforehand by the then government, run at the time by the Popular Party. In the days after the vote, which was broken up in places by the Spanish police, King Felipe came in for criticism from some after taking several days to speak publicly about the situation.

In the summer, when King Felipe and Queen Letizia toured Spain to show their support for the rebuild that had begun following the first wave of the coronavirus pandemic, their stop in Catalonia was the most low key of their engagements. The couple visited an isolated monastery, in contrast to other stops on the tour which saw them mingle with locals and tourists in some of the country’s most popular spots.

King Felipe’s next scheduled appearance is on Christmas Eve when he will make his traditional festive speech. This televised address has also provoked political debate with pressure from some lawmakers for the Spanish monarch to use it to directly address the controversy around King Juan Carlos I who went into self imposed exile earlier this year following more allegations of financial irregularity.