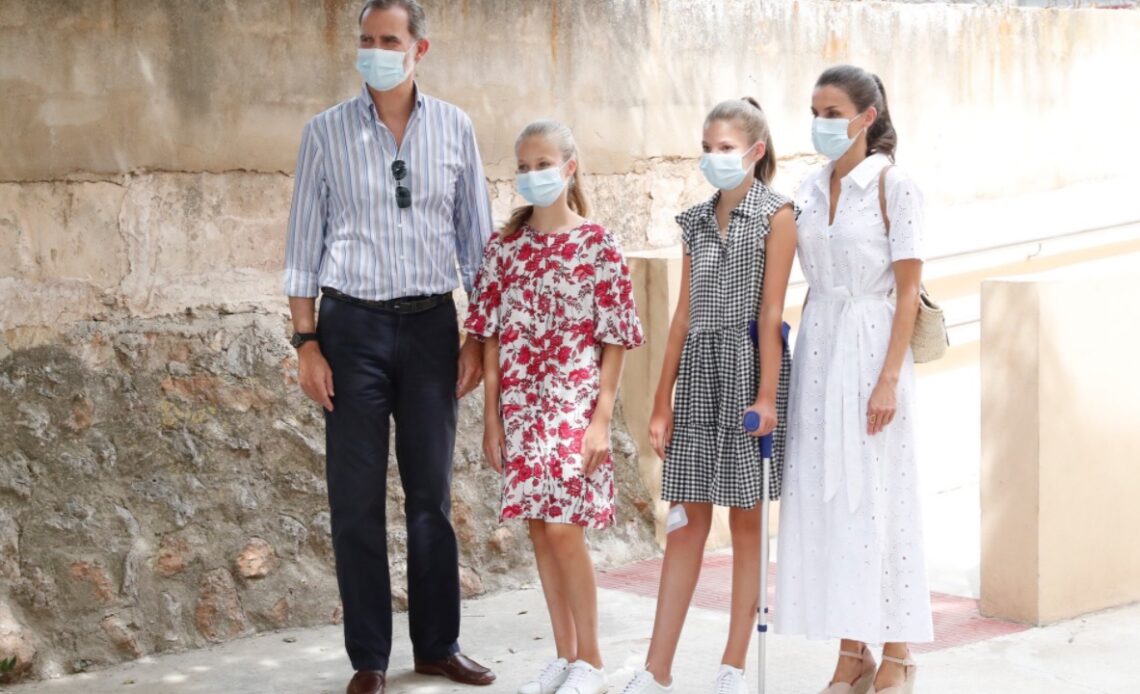 The Queen of Spain has given a stark assessment of what awaits her elder daughter in the future. On a visit to Son Roca in Mallorca earlier this week, Princess Leonor was asked by another teenager what she would like to do when she is older. The heir to the throne hadn’t answered before her mother intervened to say ”what she has to do, not what she wants to do.”

The remark came as Leonor toured the Naum Socio-Education Centre in Son Roca with her parents, King Felipe and Queen Letizia, and her younger sister, Infanta Sofia on August 11th 2020. Diario de Mallorca reported that it was in response to a question from Peinda Sibide who added that King Felipe had told the young people he and his family had met that they would never forget what they had learned on their visit.

The royals toured the centre and saw the classes that go on there. They also spoke to many of those supported by the organisation which supports young people at risk of social exclusion.

Princess Leonor, who is 14, is heir presumptive to the Spanish throne. She became first in line on the accession of her father as King Felipe VI on June 19th 2014 and holds the traditional title of the heir, Princess of Asturias. However, since birth she has been in direct line to one day inherit the Spanish crown.

Queen Letizia’s response to this particular question wasn’t the only remark of hers to make headlines on that visit. Outside, the royals were asked where King Juan Carlos was – Letizia replied ”I can’t hear you.”

Juan Carlos, father of King Felipe VI, went into self imposed exile from Spain, with the announcement of his departure coming on August 3rd 2020, after he had already left the country. He is currently at the centre of a series of corruption allegations centred with claims that he hid money received from a rail contract in Swiss bank accounts. The ongoing controversy over his financial affairs and the row that continues to go on about his departure from Spain has led to renewed debate about the future of the monarchy in Spain this summer.