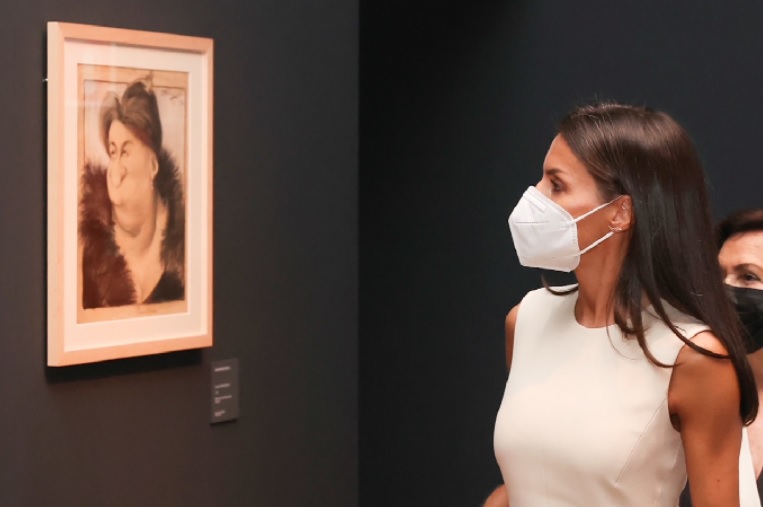 Queen Letizia of Spain has officially opened an exhibition at the Spanish National Library, in Madrid, about feminist writer Emilia Pardo Bazán.

The Queen of Spain toured the exhibition with the Vice Prime Minister, the Minister of Culture and Sports, the President of the Galician Assembly and other authorities on June 8th 2021.

The exhibition was commissioned by Isabel Burdiel Bueno, professor at Valencia University and winner of the Valencian Literature Critic Prize for her biography of Emilia Pardo Bazán, to mark the centenary of the writer’s death. It is divided into 6 macro areas, each focused on one moment of her life.

The exhibition will feature her efforts to establish writing as a profession, as well as managing her position as a female writer and famous woman. It will also expose her multifaceted opinions regarding politics, literature and her personal life.

Emilia Pardo Bazán was born in 1861 in Galicia and, thanks to her education, she managed to mix into the intellectual scenery of the time, which allowed her to bring feminism into the political and cultural debate at a time when women were still marginalised and expected to only appear as house goddesses. She died in 1921.

Queen Letizia has strong ties with the Spanish National Library, frequently opening their exhibitions in an effort to promote Spanish culture and the figures that created it.

She was there most recently in February 2021, when she opened another exhibit on a female writer, Concepciòn Arenal. She also visited in July of 2019, her last act at the facility before it was shut down for safety during the pandemic, to officially rename two of their reading rooms.

Her Majesty has always felt very strongly about culture, and especially about promoting Spanish figures. Since she became a member of the Royal Family, she has visited countless exhibitions, and has held meetings with different organisations that promote Spanish culture in the country and around the world.