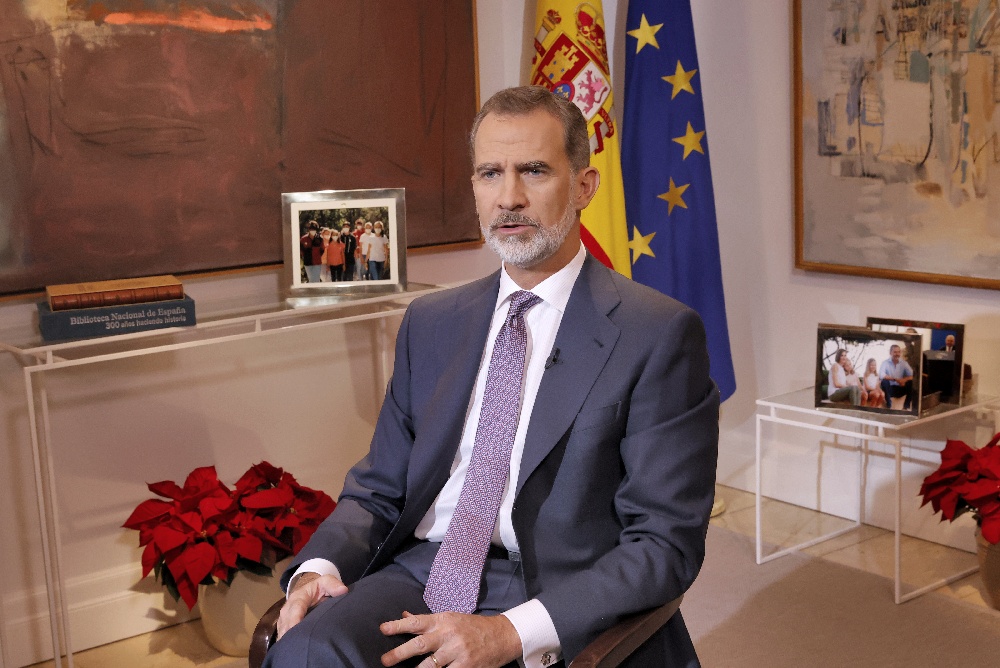 The King of Spain has told those in power to think of the common good in a hard hitting Christmas message which combined sympathetic messages for those experiencing difficulties with ambitious plans to make the most of opportunities presented in a post Covid environment.

King Felipe VI, addressing his nation on Christmas Eve as is traditional, said that Spain stood at a crossroads that provided a chance to modernise while staying true to democratic principles that had been secured through forty years of collective work.

The King of Spain began his message with a message for those still suffering following the devastating volcanic eruptions in Palma, Mallorca. Felipe VI said ”today our hearts and our thoughts are still with you” before adding ”you can count on the hard work and commitment of every part of Government to help you rebuild your lives.”

As in 2020, the pandemic remained a major theme of the Spanish Monarch’s Christmas message. There were warm words for those who had lost loved ones in the past year before Felipe VI continued ”we have made substantial progress in combating the pandemic, thanks to the discovery and approval of vaccines, the great majority of Spaniards have been vaccinated, and the vaccination process itself in Spain of which we can feel particularly proud.”

He also touched on the deep impact the pandemic has had on many lives, saying ”there are now more people in situations of vulnerability, and today many households are worrying about rising prices, energy costs or the difficulty of finding stable jobs, especially for young people.”

The King of Spain discussed how the many challenges facing his country should be faced, saying ”what do we do? Do we have to become pessimistic? Should we just put up with things, waiting for problems to sort themselves out? I don’t think so. On the contrary, I think we should react.”

Describing 2021 and the year to come as a ”time of new projects and new ideas and opportunities” he said that the challenges facing Spain were ”a real crossroads” but also had ”an historic opportunity and even an alarm call for for us to catch up with events, to update and modernise our country, while holding firm to our democratic principles.”

It was then that his words turned to those in power. The King of Spain said ”the institutions have the greatest responsibility. We must always bear in mind the common good and the people of the country, their concerns and worries, we must always be at their service and attend to their problems.”

Speaking with pride of the development of Spain’s democracy, and its strong relations with the European Union, King Felipe continued ”this time is certainly difficult but not moving forward means falling behind,…..we must keep moving forward because history has shown us that we Spaniards can respond to adversity and overcome it.”

He ended by saying ”a future is opening up to us which demands….responsibility, a willingness to work together and mutual understanding and the future needs us to have more trust in our strengths as a nation.”

The speech concluded, as is traditional, with wishes for the festive season from the King and his family and Happy Christmas in all the languages of Spain.

You can watch King Felipe’s speech in full here.