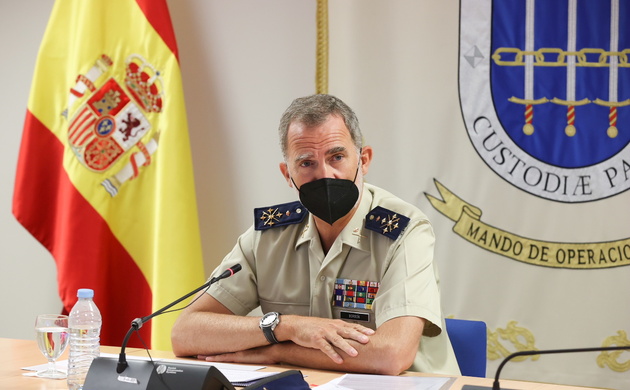 King Felipe of Spain is said to be staying informed on the developments surrounding the volcano eruption on La Palma in the Canary Islands.

Casa Real has said the King is staying informed regarding the eruption and has spoken to the President of the Canary Islands. Spain’s Prime Minister Pedro Sanchez has delayed his trip to New York for the UN General Assembly to visit the Canary Islands.

King Felipe has not made any public statements regarding the situation as of yet. He has called the President of the Canary Islands, Ángel Víctor Torres, to convey his support and to check on the population in La Palma.

A volcano in La Palma erupted on 19 September after a series of earthquakes shook the area over the weekend. It is the first eruption in the Cumbre Vieja volcano chain since 1971.

Lava shot into the air and into rivers drifting into two villages. Authorities evacuated animals and the vulnerable from the nearby villages at 14.15, but two hours later, they were forced to evacuate four other villages threatened by the lava. The Civil Guard has said they are assisting in the evacuation of 5,000 to 10,000 people.

The President of the Canary Islands has said no injuries had been reported so far.

The earliest eruption recorded in La Palma was in 1430.