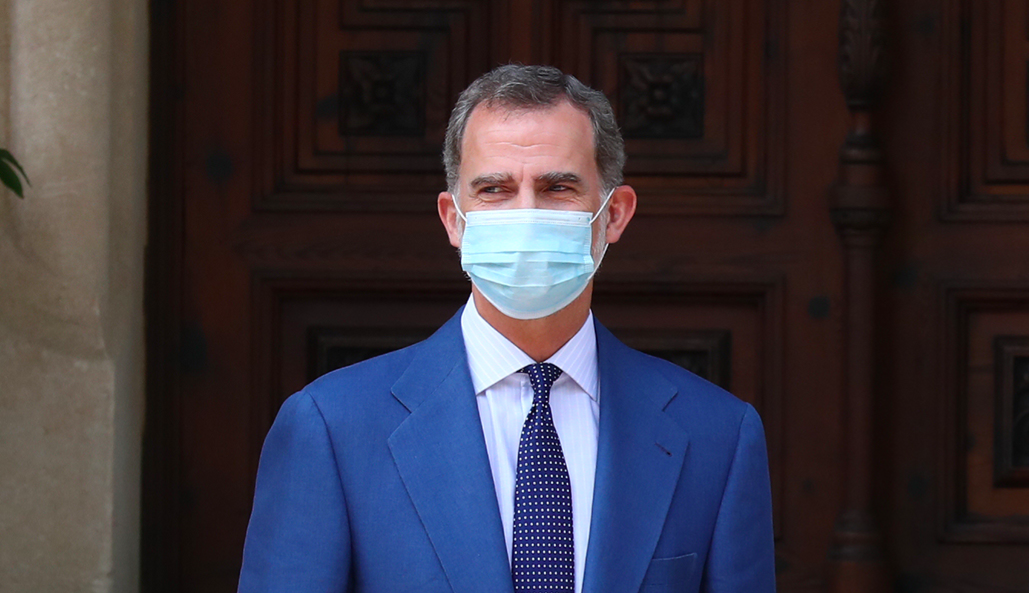 On Sunday, His Majesty King Felipe was at the head of the Spanish delegation that travelled to Lisbon to take part in the State funeral service of former President Jorge Sampaio.

After the official welcome, His Majesty and the rest of the Spanish delegation travelled to the San Jeronimo Monastery in the Santa Maria de Belém area of Lisbon for the State funeral. Before and after the service, King Felipe held meetings with some of the authorities present, including the Secretary General of the United Nation, Portuguese-born Antonio Guterres.

At the end of the event, King Felipe and the Spanish delegation travelled back to Figo Maduro Military Airport to fly back to Madrid, where King Felipe is expected to welcome several delegations of different Spanish authorities at Zarzuela Palace.

Jorge Sampaio was born in the Portuguese capital in 1939. He started his political career on the national stage as the Major of Lisbon, a role he quit to present himself as a candidate for the presidency. He obtained that role, making that election the first time Portugal had a President and a Prime Minister of the same party. After his presidency, during which he promoted culture in Portugal as a way to counteract crime, he was named UN Special Envoy in the fight against Tuberculosis. He spent the last years of his life fighting for Syrian refugees, as well as for his health, following heart issues. He passed away in a hospital on the 10th of September 2021, following complications of a respiratory infection.

King Felipe is one of the most significant authorities in the Iberian environment, with him being a constant presence at events that promote cooperation between these countries, whether it is about culture or defence, foreign affairs or politics. His Majesty has also received several prizes, including the Charles Magne Prize, for his international cooperation efforts.