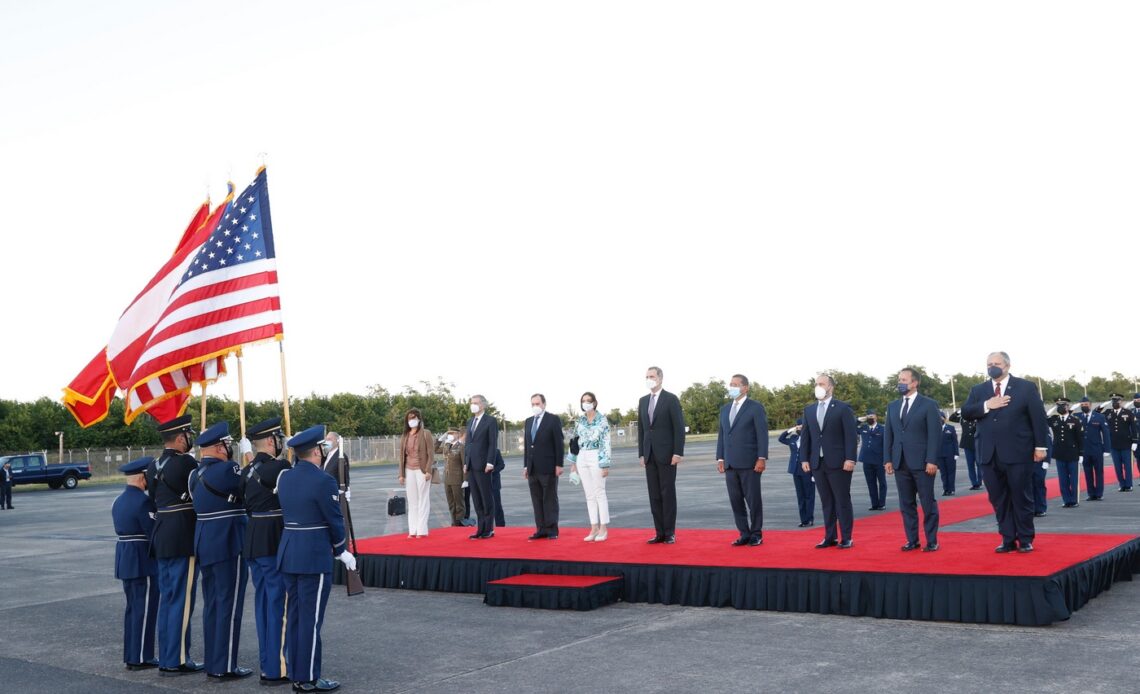 He will be in the Commonwealth of Puerto Rico, a territory of the United States, from 24 to 26 January.

The King was accompanied by Spain’s Minister of Industry, Commerce and Tourism, Reyes Maroto, and the Secretary of State for Foreign and Global Affairs, Ángeles Moreno.

Upon their arrival in San Juan, they were greeted by the Governor of Puerto Rico, Pedro Pierluisi; Spain’s Ambassador to the United States, Santiago Cabanas; and the Mayor of San Juan, Miguel Romero.

The King is set to visit cultural institutions surrounding the 500th anniversary and attend an Economic and Business Forum with Puerto Rican and Spanish companies.

His Majesty will hold meetings with both the Governor and the Mayor during his three-day visit.

San Juan was founded by the Spanish in 1521 after Spanish settlers first arrived on the island in 1493. The first governor, Juan Ponce de León, relocated the capital to San Juan in 1521 from the settlement in Caparra. Puerto Rico was a Spanish colony until 1898, when Spain gave the island to the United States after the Spanish-American War.

Puerto Rico has been under US control since 1898. They are an unincorporated territory where their citizens hold US citizenship. They hold primary elections for the President of the United States, but they do not have electoral votes for President or have representatives in Congress. Puerto Rico has twice voted to become a state, but the United States has yet to make it the 51st state.

King Felipe will travel to Honduras after his visit to Puerto Rico concludes. He will visit Honduras to attend the Presidential Inauguration of Xiomara Castro.