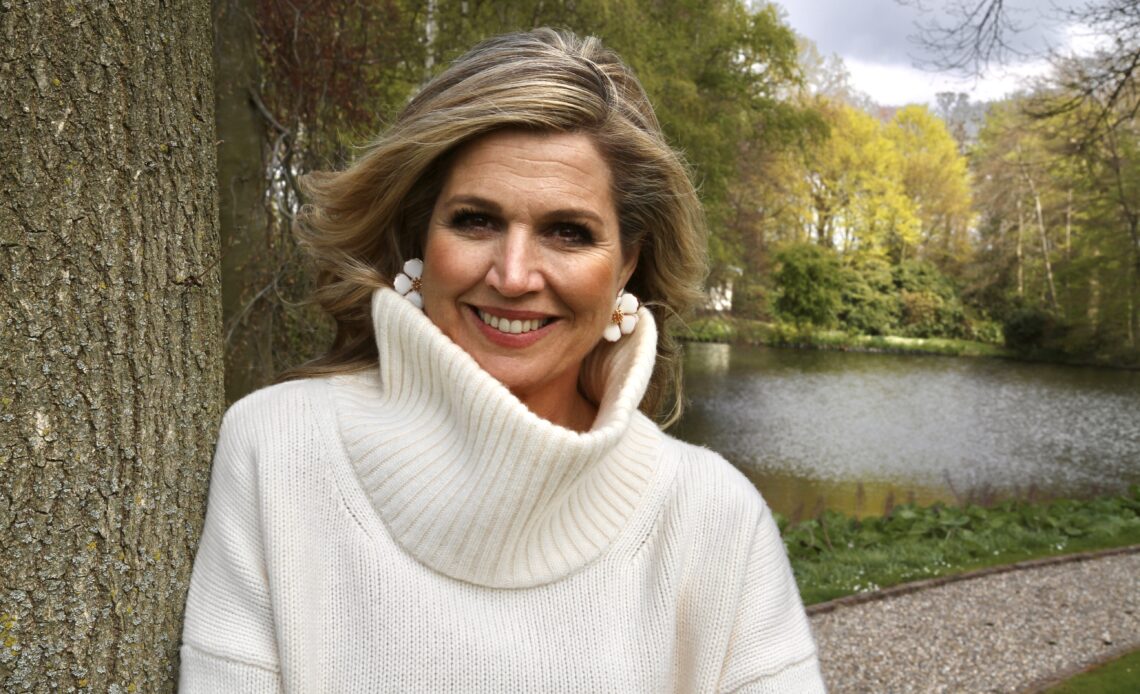 Queen Máxima of the Netherlands had a busy Thursday and was on an engagement literally close to home.

On Thursday morning, Máxima visited the TextielMuseum in Tilburg. Conservators at the museum are currently working on repairing and restoring curtains from the Chinese Hall at the Paleis Huis ten Bosch, as well as creating new curtains.

She met with museum staff to discuss how the historic curtain patterns and designs are being replicated by machines before seeing the machines.

The Queen then met with some of the people working on the new curtains for the Chinese Hall. For this project, over one hundred and fifty different artisans from several different community groups, as well as from apprenticeships and sheltered workshops from across the Netherlands.

It was not all discussions, though – Máxima turned her hand to the embroidery work, as well. She appeared to be enjoying herself greatly as she worked on stitching a panel by hand while chatting with some of the other embroiderers.

Once the curtains are completed, they will be displayed in a new exhibition in the winter at the TextielMuseum. The exhibition, “Royal Embroidery: stitches and stories,” will be open 1 December 22 to 29 May 2023 and will look at the history behind the curtains.

The upcoming exhibition examines Stinissen’s processes and how she decided to use machine-created embroidery by experimenting at the museum. It will also delve into embroidery’s community aspects and its importance in the crafting world.