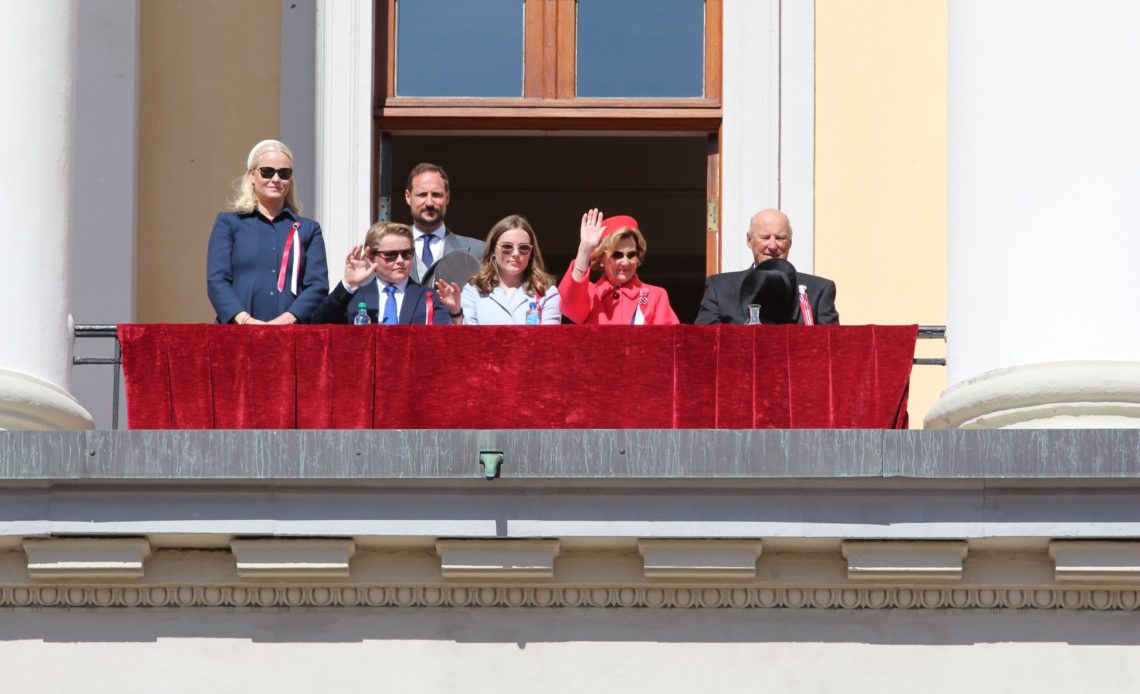 On Thursday, the Norwegian Royal Family concluded their summer holiday with a week-long cruise with the royal yacht to the islands of Svalbard. Friday was, therefore, the first official workday for the royals. King Harald met with his government to begin the autumn’s weekly council of states which are held at the Royal Palace in Oslo.

But what have the royals done this summer?  According to tradition, King Harald went on a short holiday with his friends to fish for salmon. For two days in mid-July, King Harald was by the Altaelva River in Finnmark, Norway’s northernmost county. Together with a few good comrades, they fished for Norwegian salmon. On the two days of the holiday, the King and his friends managed to catch three large salmons. His Majesty struck all records and caught the biggest fish – a salmon of over 13 kilos.

Due to the forest fires in Greece, King Harald sent his condolences to the president of Greece at the end of July. “I am saddened by the news about the terrible forest fires that have struck the Attica region of your country, causing the loss of so many lives and people missing, many injuries and so much destruction”, wrote King Harald in an official letter to President Pavlopoulos.

And yesterday Their Majesties The King and Queen, together with Their Royal Highnesses the Crown Prince and Crown Princess, and Princess Märtha Louise, ended their week-long holiday on the Norwegian royal yacht “KS Norge”. They then officially visited two locations on Svalbard. They first visited the University Centre (UNIS) and then Svalbard Museum.

Now the summer in Norway is over, and the royals are back at work. Stay tuned, as Royal Central will keep you updated on what the Norwegian royals do through the next season.