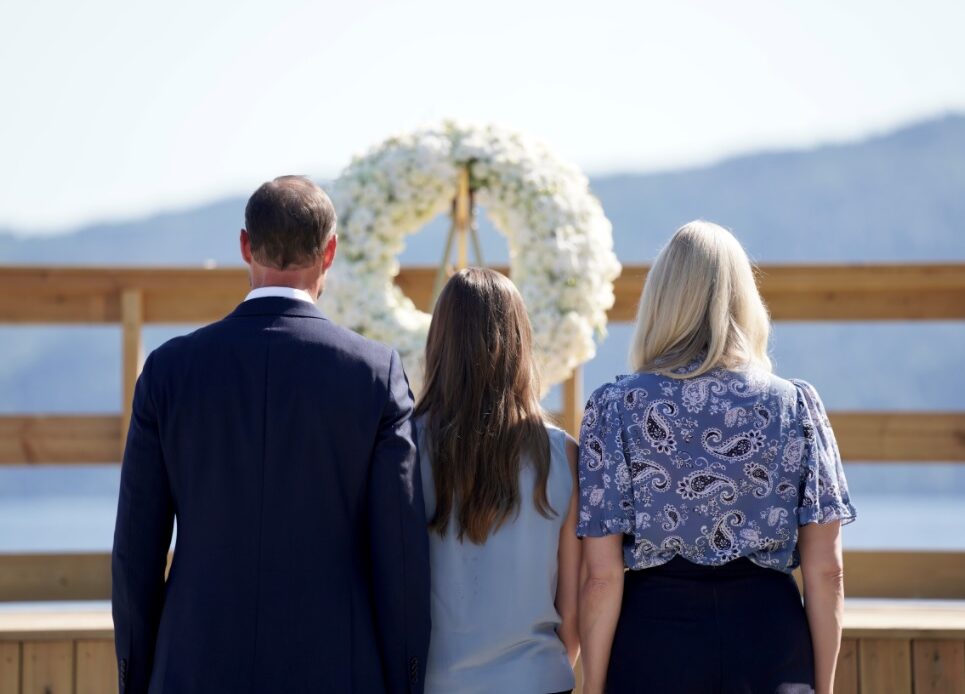 Ten years ago, on July 22, 2011, Norway was hit by its the worst terrorist attacks since World War II. The tenth anniversary was commemorated with several moving tributes attended by the Royal Family.

The first commemoration was outside the Government Quarter where the bombing took place.

Four wreaths were placed at the memorial to the dead, including a wreath from the Crown Prince and Crown Princess. King Harald and Queen Sonja led mourners at a memorial service in Oslo Cathedral, where so many came together to lay flowers in the days after the terrorist attacks.

Crown Prince Haakon, Crown Princess Mette-Marit and Princess Ingrid Alexandra were present during a moving memorial at the scene of the massacre on the island of Utøya. They held flowers in their hands when they arrived on Utøya, and together with survivors of the attack and relatives of those who were killed, they walked across the island to the memorial “Lysningen”, where the flowers were laid down. Also present were representatives of Norway’s Labour Party: AUF, a youth group linked to the party, was on its annual summer camp on Utoya with its members targeted by the right wing extremist who carried out the killings.

During the ceremony on the island, the Crown Prince gave a speech in which he said: “We who were not here will never fully understand what it was like to experience the 72 minutes the attack lasted. None of us can put ourselves in that fear. Everyone who was here knew. The only thing we can do is listen and take in the pain that still lives in everyone who experienced the attack.”

His Majesty King Harald spoke during the memorial event in Oslo Spektrum on Thursday night. King Harald was the keynote speaker at an event with a number of musical contributions and speeches, and where film features with survivors provided insight into the experiences of those who were hardest hit that day. Both the King and Queen and the Crown Prince’s family were present during the memorial service.

His Majesty the King said: «It is my hope that we can help each other live by the lessons we learned from July 22 every day, in everything we are and do. At the same time, we must acknowledge that we as a society have not done nearly enough to see, to help, to carry the burden together, and to counteract the dark forces. This is what I am sorry about.»